Natalya, WWE wrestling star, will be signing copies of “WWE: Absolutely Everything You Need To Know” in Boston next month.

Natalie Katherine Neidhart-Wilson (born May 27, 1982) is a Canadian-American professional wrestler currently signed to WWE under the ring name Natalya, performing on the SmackDown brand, where she is a former SmackDown Women’s Champion.

The first third-generation female wrestler in the world, Neidhart is a member of the Hart wrestling family. She trained in the Hart family Dungeon under the tutelage of her uncles Ross and Bruce Hart. In 2000 and 2001, she worked for the Matrats promotion, before debuting for Stampede Wrestling in 2003. In 2004 and 2005, she wrestled abroad in both England and Japan. In June 2005, she became the inaugural Stampede Women’s Pacific Champion, and won the SuperGirls Championship the following year in October 2006. 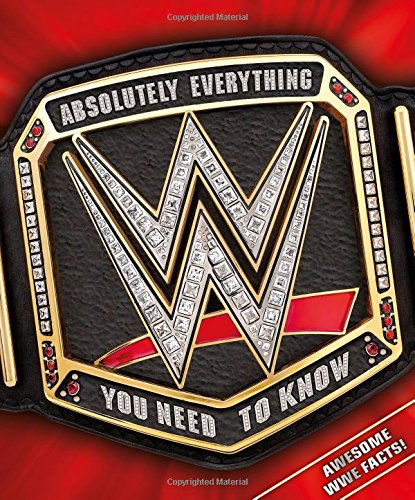 Fantastic facts, incredible information, and uncanny trivia about everything in the WWE Universe.

Packed with fun facts, bizarre-but-true tales, and quirky insights into everyone’s favorite sports entertainment stars, from memorable matches to signature moves and fan-favorite quotes, this book covers all the stars, managers, battles, team-ups, rivalries, and tournaments that form the WWE world. Learn the inside info on Superstars such as John Cena, Seth Rollins, Sasha Banks, and Charlotte Flair. With strange and fascinating facts about the WWE Superstars, including popular competitors from RAW, SmackDown Live, and NXT, this unique book will surprise and delight new and die-hard sports entertainment fans.