Stan White, former Baltimore Colts star, will be signing copies of “If These Walls Could Talk: Baltimore Ravens” at Hunt Valley this week.

Since 2006 White has worked as a color analyst for the Baltimore Ravens’ radio broadcasts, teaming with Gerry Sandusky, who does the play-by-play, and former Ravens player, Qadry Ismail. He also contributes to other programming on Baltimore station WBAL-AM. He previously worked for ESPN, NBC Radio NFL games, and Home Team Sports. White is also a Lawyer, graduating from the University of Baltimore School of Law in 1978-Magna Cum Laude. He went at night during the season and full-time in the off season,completing his degree in four years. His first job was with Ron Shapiro, noted sports lawyer. His classmates included sports agents Tom Condon and Tony Agnone. 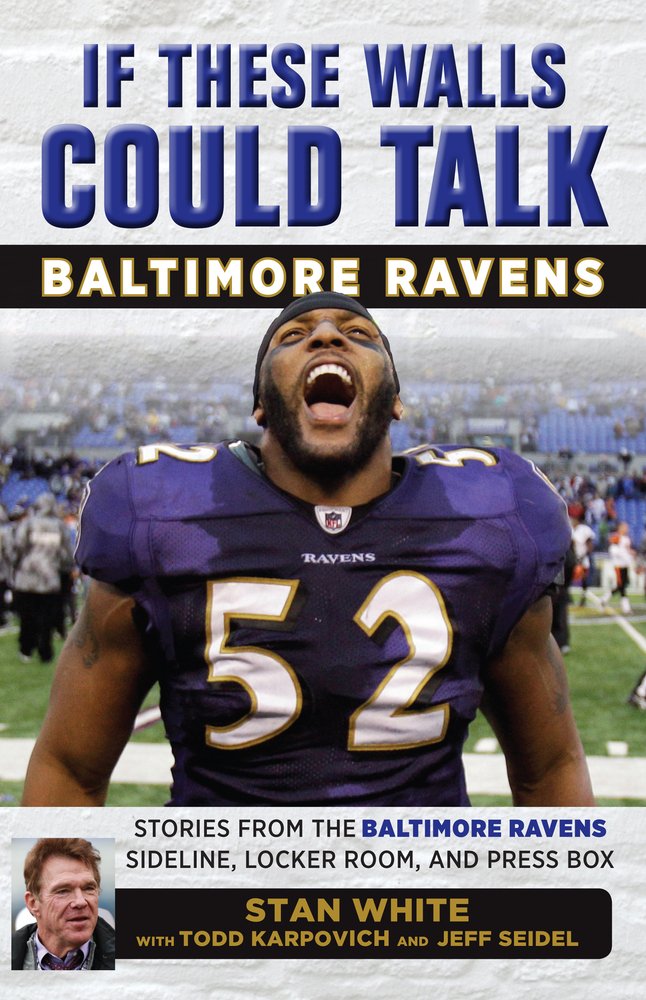 Having chronicled numerous playoff runs and a Super Bowl victory, Stan White, Ravens broadcaster and former NFL player, provides insight into the Baltimore Ravens’ inner sanctum as only he can. In addition to hearing White’s personal anecdotes, readers will go behind the scenes through interviews with players, coaches, and management as they discuss their moments of greatness as well as their defeats. If These Walls Could Talk: Baltimore Ravens is a keepsake no fan will want to miss.