Shirley Manson & Garbage signing copies of “This Is the Noise That Keeps Me Awake” at multiple locations across the country.

Described by Pitchfork as “the alternative to everything,” Garbage pioneered their wildly inventive fusion of pop, heavy guitars, and hip-hop and industrial textures more than two decades ago. Their 1994 debut album–recorded in Madison, Wisconsin, by Shirley Manson, Duke Erikson, Steve Marker, and Butch Vig–made them one of the most acclaimed, adventurous, and best-selling bands of the nineties, and an international phenomenon: double platinum in the UK, US, and Australia, headlining festivals around the globe. Their six studio albums have collectively sold over fifteen million copies worldwide. In 2012, Garbage declared their independence by founding their own label, STUNVOLUME, allowing the band to chart their own course on their own terms. After a new album, Strange Little Birds, and an extensive tour in 2016, the band continues to define a future celebrating differences. This Is the Noise That Keeps Me Awake is their first book. 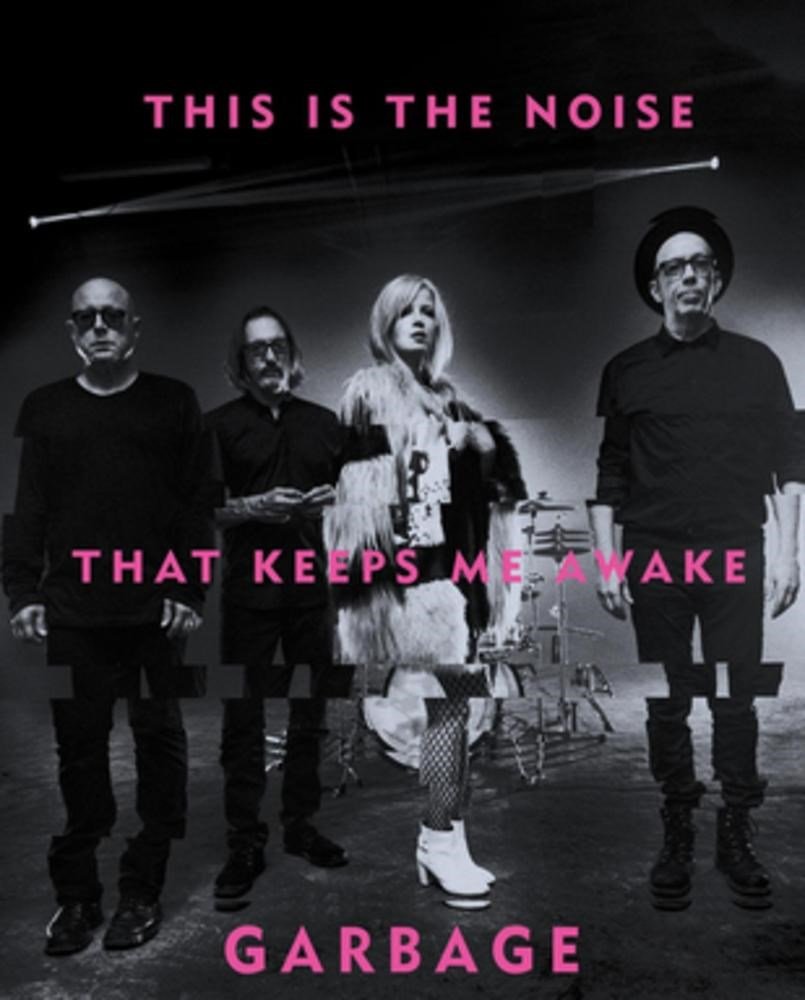 “Garbage will release a coffee-table book full of artifacts, photos, and anecdotes that capture their long history: pages of lyrics with penciled-in edits, cocktail recipes–like one for ‘Vodka With Anything’–and snapshots from a forgotten era where Manson wore her hair boy-short and platinum blonde.”
?The Cut/New York Magazine

“All I know is, if you call yourself Garbage, you’re going to start hanging out with garbage, and the next thing you know, you will be garbage.”
?Carrie Elizabeth Erickson (1920-2012) to her son Douglas “Duke” Erikson, 1995

Garbage are known around the world for songs that mix pop sweetness with the dour thunder of industrial music and the rhythmic punch of hip-hop. Now, for the first time, the four band members tell the story of that music in their own words. Packed with rare photos and personal snapshots, this book examines how Garbage make their music, and how they’ve kept it together (or not) for more than twenty years.

The beautifully designed, large-format coffee-table book is bound with an embossed cloth hardcover and finished with a dust jacket. The edges of the text pages, printed on luxurious matte art paper in six colors, are finished with a stunning pink spot color. This Is the Noise That Keeps Me Awake is a must-have (and perfect gift) for Garbage’s fans.