Wesley Snipes, star of “Passenger 57”, will be signing copies of “Talon Of God” at the following locations during the month of July.

Wesley Snipes
With over 70 films to his acting credit and 18 as a producer, Dr. Snipes has a unique diversity that has made him one of the most beloved and sought out talents for the past 30 years. In addition to his presence in Hollywood, he is also an entrepreneur, including the creation of the innovative “Project Action Star,” a social media and television project which is forthcoming. A skilled practitioner of numerous martial arts disciplines, he has taken the physical expertise he honed choreographing fights scenes in movies like Blade and his vivid imagination to write the action-packed Talon of God, his first novel.

Ray Norman
Hailing from Chicago, Ray Norman received an Engineering Degree from the University of Illinois and a Law Degree from Southern Illinois University. He’s worked as an attorney recruiter and corporate headhunter, as well as ghostwritten books on health, nutrition, and spiritual self-help. In addition, he’s a script writer, and including an original stage play, And You Thought Your Family Was Crazy. In his spare time, Norman enjoys reading, working out, watching movies, and dining at fine restaurants. In the near future he plans on getting his private pilot’s license. Talon of God is his first novel. 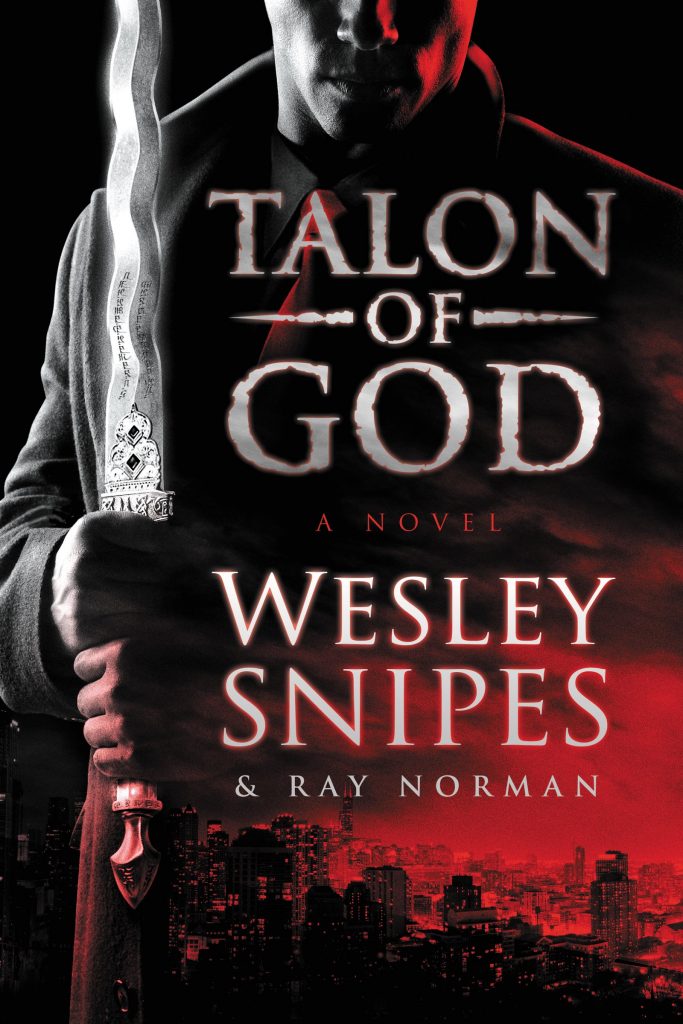 The acclaimed actor makes his fiction debut with this enthralling urban fantasy in which a holy warrior must convince a doctor with no faith to help stop a powerful demon and his minions from succeeding in creating hell on earth—a thrilling adventure of science and faith, good and evil, damnation and salvation.

Imagine that everyone you have ever known or loved was forced against their will into a state of demonic possession and spiritual slavery. Imagine an unholy cabal of the world’s richest and most powerful men directing this sinister plan in order to cement their unbridled control of the planet.

Imagine two heroes emerging from that darkness to do battle with the forces of evil.

Set in the mean streets of Chicago, Talon of God is the action-packed adventure centered around the Lauryn Jefferson, a beautiful young doctor who is dragged into a seemingly impossible battle against the invisible forces of Satan’s army and their human agents that are bent on enslaving humanity in a mission to establish the kingdom of hell on Earth.

But Lauryn is a skeptic, and it’s only as she sees a diabolical drug sweep her city and begins to train in the ways of a spirit warrior by the legendary man of God, Talon Hunter, that she discovers her true nature and inner strength. Facing dangerous trials and tests, it’s a true baptism by fire. And if they fail, millions could die. And rivers of blood would flow throughout the land.

Imagine such horror. Such pain. And imagine what it would take to fight against it. For only the strongest and most faithful will survive?