Alec Baldwin, award winning actor who has been making waves lately with his impression of Donald Trump on SNL, will be signing copies of Nevertheless: A Memoir. This new book will be released on April 4, 2017. 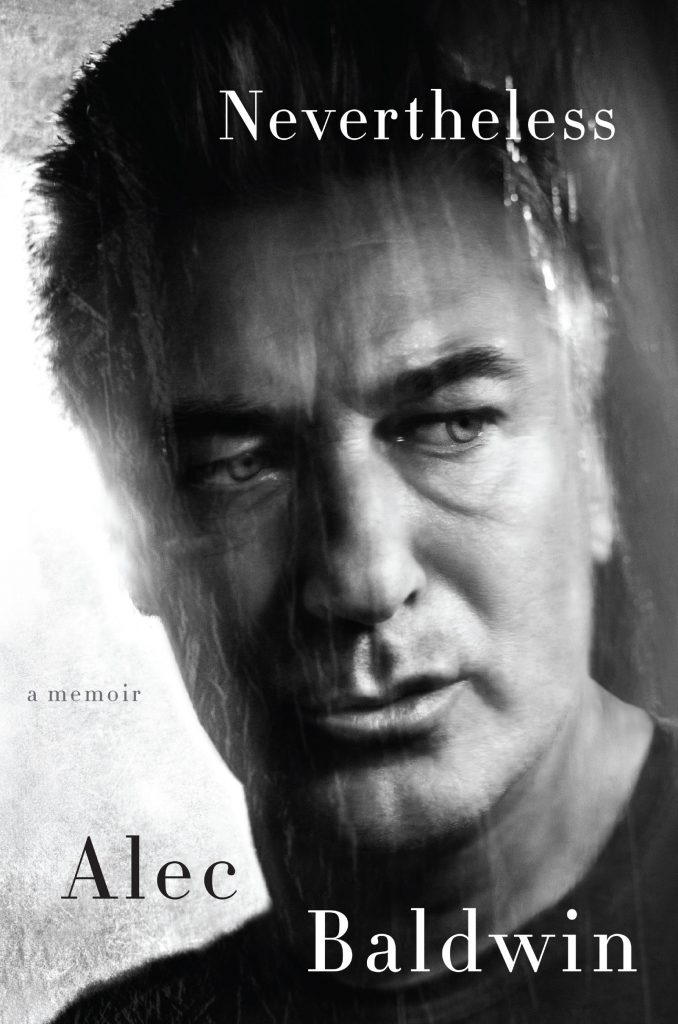 One of the most accomplished and outspoken actors today chronicles the highs and lows of his life in this beautifully written, candid memoir.

Over the past three decades, Alec Baldwin has established himself as one of Hollywood’s most gifted, hilarious, and controversial leading men. From his work in popular movies, including Beetlejuice, Working Girl, Glengarry Glen Ross, The Cooler, and Martin Scorsese’s The Departed to his role as Jack Donaghy on Tina Fey’s irreverent series 30 Rock—for which he won two Emmys, three Golden Globes, and seven Screen Actors Guild Awards—and as Republican presidential candidate Donald Trump on Saturday Night Live, he’s both a household name and a deeply respected actor.

In Nevertheless, Baldwin transcends his public persona, making public facets of his life he has long kept private. In this honest, affecting memoir, he introduces us to the Long Island child who felt burdened by his family’s financial strains and his parents’ unhappy marriage; the Washington, DC, college student gearing up for a career in politics; the self-named “Love Taxi” who helped friends solve their romantic problems while neglecting his own; the young soap actor learning from giants of the theatre; the addict drawn to drugs and alcohol who struggles with sobriety; the husband and father who acknowledges his failings and battles to overcome them; and the consummate professional for whom the work is everything. Throughout Nevertheless, one constant emerges: the fearlessness that defines and drives Baldwin’s life.

Told with his signature candor, astute observational savvy, and devastating wit, Nevertheless reveals an Alec Baldwin we have never fully seen before.