Joel McHale, star of “Community” and “The Soup”, will be signing copies of “Thanks For the Money” at the following locations across the country.

Joel McHale is best known as host of E!’s The Soup and for his starring role on the hit comedy series Community. He will next be seen on Fox’s revival of The X-Files, where he will play a conservative news anchor. His film credits include A Merry Friggin’ Christmas, Deliver Us from Evil, Blended, TED, What’s Your Number?, The Big Year, Spy Kids: All the Time in the World, and The Informant. McHale also performs his stand-up act around the country to sold-out audiences. In 2014, he hosted the annual White House Correspondents’ Association Dinner in Washington, D.C., and recently hosted the 2015 ESPYS on ABC. Born in Rome and raised in Seattle, Washington, McHale was a history major at the University of Washington where he also was a member of their championship football team. He received his Master’s of Fine Arts from UW’s Actor’s Training Program. McHale lives in Los Angeles with his wife and two sons. 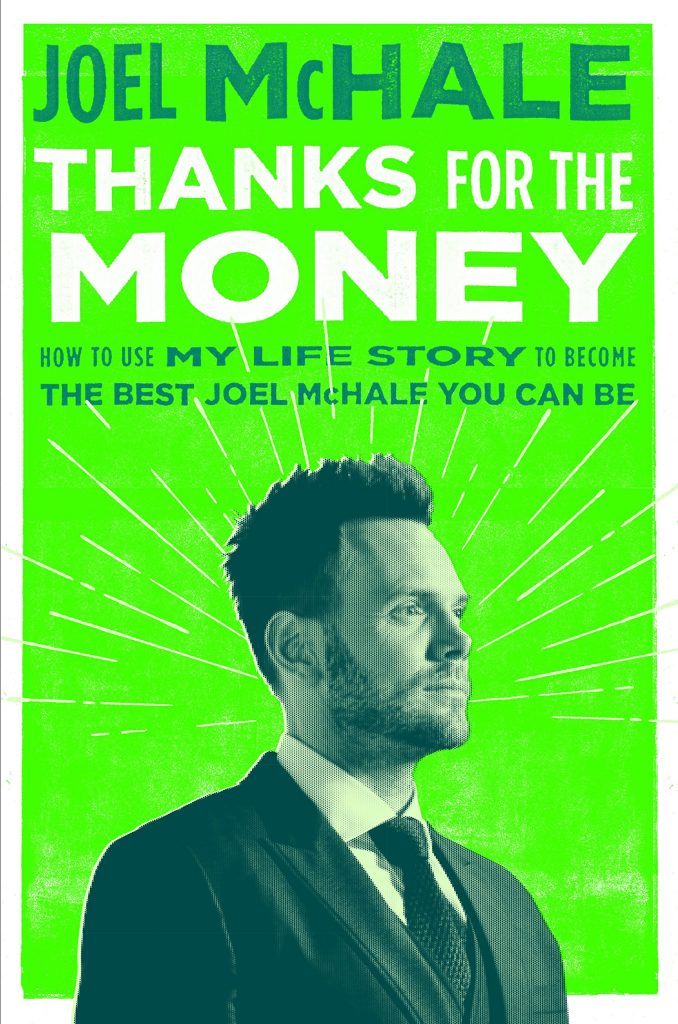 From actor and comedian Joel McHale comes the most important celebrity-penned book of this, or any, generation – Thanks for the Money: How to Use My Life Story to Become the Best Joel McHale You Can Be.

Joel McHale pulls back the curtain on his personal journey to stardom! Here, for the first time, Joel reveals all that has molded him into the acclaimed comic actor he is today: a love of performance, a series of boyhood head injuries, and most importantly, a passion for financial compensation and free shoes.

But the book does not stop there! Because if you want wealth, fame, and cost-free footwear, Joel will share every vital tip he has learned: an insanely low-carb diet plan, how to escape from a certain pseudo-religious celebrity cult, and more!

How can you unlock the power of the Joel McHale who lurks inside? What happened when Joel fought his Community co-star Chevy Chase? And hey, while we’re at it, what’s up with Joel’s hair – really? All will be revealed, within the pages of Thanks for the Money.

Buy now, and receive – as a special bonus – an email receipt that details your purchase!