Rick Astley, he’s “Never Going To Give You Up”, will be signing copies of “50” in New York next month.

Richard “Rick” Paul Astley is an English singer, songwriter, musician, and radio personality. His 1987 song, “Never Gonna Give You Up” was a No. 1 hit single in 25 countries. By the time of his retirement in 1993, Astley had sold approximately 40 million records worldwide.

Astley made a comeback in 2007, becoming an Internet phenomenon when his video “Never Gonna Give You Up” became integral to the meme known as “rickrolling”. Astley was voted “Best Act Ever” by Internet users at the MTV Europe Music Awards 2008. His 2016 album 50 debuted in the UK at No. 1. 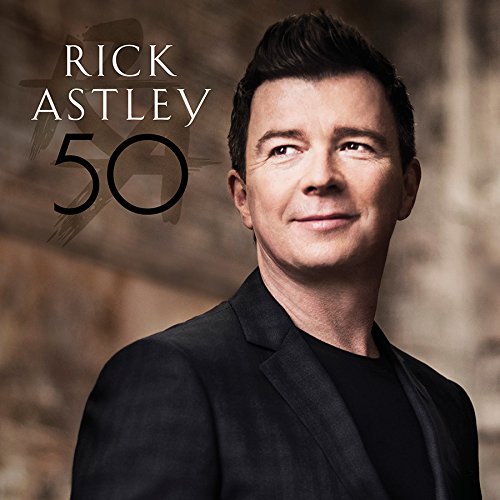 2016 album from the Brit Award-winner and Grammy-nominated singer, songwriter, and producer. Pop legend Rick Astley showcases a more soulful sound and gospel influences on 50, marking his first studio release in almost a decade.