Penn Jillette, one half of Penn & Teller, will be signing copies of “Presto!” at the following locations during August.

Penn Jillette is a cultural phenomenon as a solo personality and as half of the world-famous Emmy Award­-winning magic duo Penn & Teller. His solo exposure is enormous: from Howard Stern to Glenn Beck to the Op-Ed pages of The New York Times, The Wall Street Journal, and the Los Angeles Times. He has appeared on Dancing with the Stars, MTV Cribs, and Chelsea Lately and hosted the NBC game show Identity. As part of Penn & Teller, he has appeared more than twenty times on David Letterman, as well as on several other TV shows, from The Simpsons and Friends to Top Chef and The View. He cohosts the controversial series Penn & Teller: Bullshit!, which has been nominated for sixteen Emmy Awards. He is currently cohost of the Discovery Channel’s Penn & Teller Tell a Lie and the author of God, No! and Presto. 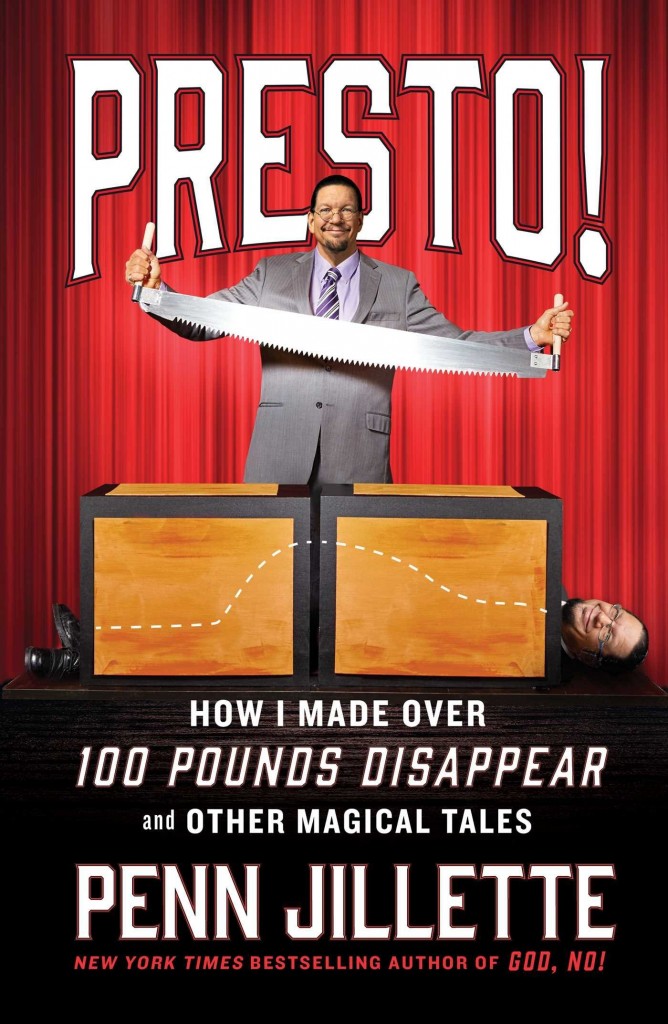 An unconventional weight loss tale from an unconventional personality—Penn Jillette tells how he lost 100 pounds with his trademark outrageous sense of humor and biting social commentary that makes this success story anything but ordinary.

Legendary magician Penn Jillette was approaching his sixtieth birthday. Topping 330 pounds and saddled with a systolic blood pressure reading over 200, he knew he was at a dangerous crossroads: if he wanted to see his small children grow up, he needed to change. And then came Crazy Ray. A former NASA scientist and an unconventional, passionate innovator, Ray Cronise saved Penn Jillette’s life with his wild “potato diet.”

In Presto, Jillette takes us along on his journey from skepticism to the inspiring, life-changing momentum that transformed the magician’s body and mind. He describes the process in hilarious detail, as he performs his Las Vegas show, takes meetings with Hollywood executives, hangs out with his celebrity friends and fellow eccentric performers, all while remaining a dedicated husband and father. Throughout, he weaves in his views on sex, religion, and pop culture, making his story a refreshing, genre-busting account. Outspoken, frank, and bitingly clever, Presto is an incisive, rollicking read.