Holly Madison, Playboy & reality star, will be signing copies of “The Vegas Diaries” at the following locations this weekend.

Holly Madison is the author of the #1 New York Times bestselling memoir Down the Rabbit Hole. She spent five seasons on the #1 rated E! hit reality show The Girls Next Door before starring in her own hit E! series, Holly’s World. Holly divides her time between Los Angeles and Las Vegas with her husband and daughter. 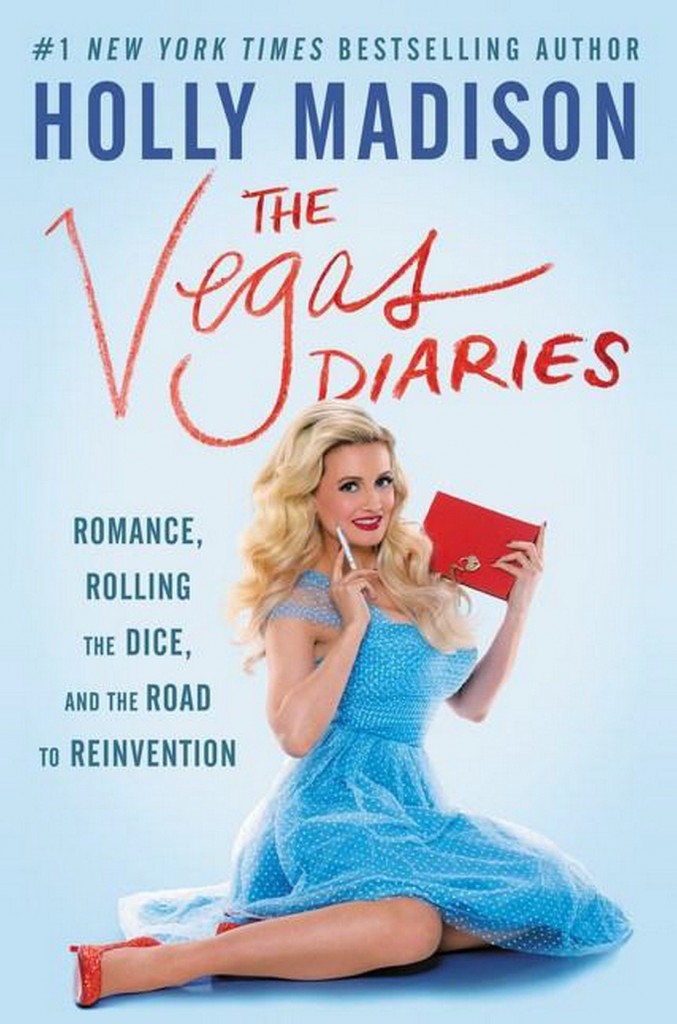 The #1 New York Times bestselling author returns with this candid, humorous, and captivating memoir chronicling her journey toward reinvention and self-acceptance.

When you’ve come out the other side of the bizarre, twisted world of the Playboy mansion, where do you land? If you’re Holly Madison . . . there’s no place like Las Vegas!

After making the sudden decision to reclaim her life, Holly broke free from the sheltered, deceptive confines of the mansion (which meant exiting a hit television show) and was determined to start her life over . . . from scratch. Without the security of a job or relationship, she set out to reinvent herself on no one’s terms but her own.

Deciding to roll the dice and begin again in the glamorous and dreamlike city of Las Vegas, Holly quickly realized that while she may have left her past in the rearview mirror, the labels and stereotypes that came from it weren’t so quick to leave her. With a fierce commitment to take charge of her own narrative, Holly dives headfirst into a journey of self-discovery. After a whirlwind stint on Dancing with the Stars, she snags the coveted lead role in the Strip’s hottest new burlesque spectacular and lands a reality series spotlighting her new life as a single woman.

If her own television show and dream job as a showgirl weren’t enough to keep her busy, Holly explores the decadent, exclusive inner-world of Sin City, navigating it’s social and dating scene with humor and heart. When it comes to romance, she is met with an eclectic cast of characters, from fame hounds to long distance loves to the occasional celebrity and more than one tabloid mishap. In this reflective, heartwarming memoir, Holly learns that each dating disaster holds an important, and in some cases difficult to face, lesson about herself.

The Vegas Diaries is a comedy of errors, set against the glitz and glamour of the dazzling Vegas strip. Through the wild and crazy experiences on one young woman’s quest to “have it all,” Holly faces her fears, anxieties, and insecurities to discover that her journey to self-sufficiency is also her path to healing. Letting go of trying to prove herself to others, Holly finally gains the courage to confront her past-and in the process finds the life and love she deserves.