Chris Daughtery grew up facing the challenge of the absence of a father. But because of Loving Grandparents and his Faith in Jesus Christ, he was able to escape being a statistic. He is now a Loving father and Husband that seeks to do the will of the Lord. His heart and ministry is aimed at bringing the father back into the family equation. 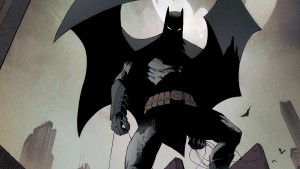 Batman has returned to Gotham City! In this extra-sized conclusion to Snyder and Capullo’s epic story “Superheavy,” Bruce Wayne returns to the cape and cowl to battle Mr. Bloom alongside Jim Gordon for the fate of the city they both love.

This issue features open-to-order variant covers that will ship in opaque polybags.