Graham Nash, classic rocker, will be signing copies of “This Path Tonight” in New York this April.

This Path Tonight is the new studio album and collection of 10 songs from Graham Nash. Produced by Shane Fontayne, this is Nash’s first solo record of new music in fourteen years. The title track, This Path Tonight, is the debut single. Like the album, the song is one of reflection and transition of a singer-songwriter whose career (the Hollies, CSN, CSNY) has spanned more than five decades and counting. Graham Nash is a two-time Rock and Roll Hall of Fame and Songwriter Hall of Fame Inductee, GRAMMY TM Award winner, and Officer of the Order of the British Empire (O.B.E.) 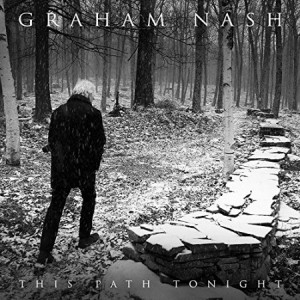