From BN – Join us tonight as we welcome American Rock guitarist, vocalist and songwriter Lita Ford. She’ll be here to discuss her memoir Living Like a Runaway. Priority seating with book purchase at Barnes & Noble Tribeca. This will be a wristband event. Please call the store for details.

Lita Rossana Ford is an American rock guitarist, vocalist and songwriter, who was the lead guitarist for The Runaways in the late 1970s before embarking on a solo career in the 1980s.

In this long-awaited, emotionally powerful memoir, “HEAVY METAL’S LEADING FEMALE ROCKER” (Rolling Stone) opens up about the ’70s and ’80s music scene and her trailblazing life as the lead guitarist of the “pioneering band” (New York Times) the Runaways and her platinum-selling, Grammy-nominated solo career. Hailed as “the mother of all metal” (Los Angeles Times) and “one of the greatest female electric guitar players to ever pick up the instrument” (Elle), Lita Ford bares her soul in Living Like a Runaway. 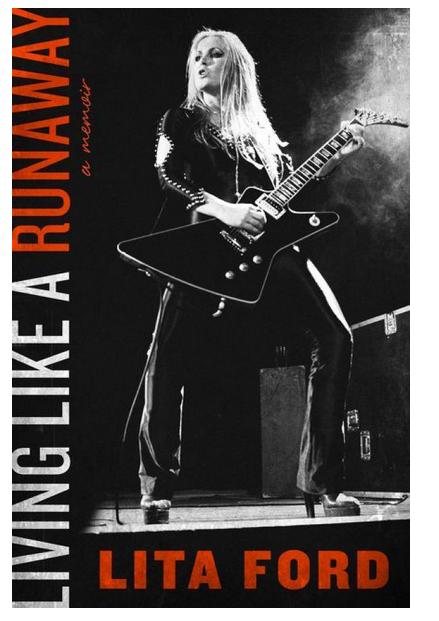