Baseball fans get ready for a mind-blowing read written by Hall of Famer, Bob Gibson. Pitch By Pitch take readers on a journey from the first time Gibson entered the stadium until later in life.

BOB GIBSON is a baseball Hall of Famer who played seventeen seasons for the St. Louis Cardinals. During that time he was a two-time Cy Young Award and World Series winner. He is also the author of Stranger to the Game: The Autobiography of Bob Gibson and Sixty Feet, Six Inches, which was written with Reggie Jackson and coauthor Lonnie Wheeler. 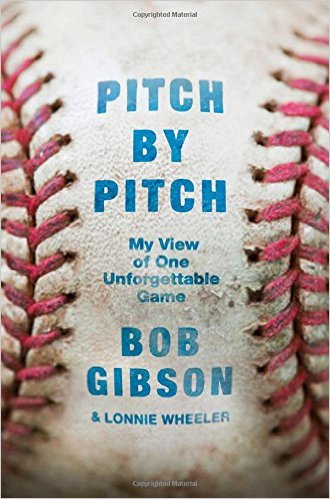 Pitch by Pitch gets inside the head of Bob Gibson on October 2, 1968, when he took the mound for game one of the World Series against the Detroit Tigers and struck out a record seventeen batters.

With the tension rising in the stadium, an uproarious crowd behind him, and the record for the most strikeouts thrown in a World Series game on the line, Gibson, known as one of the most intimidating pitchers in baseball history, relives every inning and each pitch of this iconic game. Facing down batter after batter, he breaks down his though process and recounts in vivid and candid detail his analysis of the players who stepped into the batter’s box against him, his control of both the ball and the elements of the day, and his moments of synchronicity with teammate Tim McCarver, all the while capturing the fascinating relationship and unspoken dialogue that carries on between pitcher and catcher over the course of nine critical innings.

From the dugout to the locker room, Gibson offers a behind-the-scenes look at the lives of the players, the team’s chemistry, and clubhouse culture. He recounts the story of Curt Flood, Gibson’s best friend and the Cardinal center fielder, who would go on to become one of the pioneers of free agency; shares colorful anecdotes of his interactions with some of baseball’s most unforgettable names, from Denny McLain and Roger Maris to Sandy Koufax and Harry Caray; and relives the confluence of events, both on and off the field, that led to one of his—and baseball’s—most memorable games ever.

This deep, unfiltered insider look at one particular afternoon of baseball allows for a better understanding of how pros play the game and all the variables that a pitcher contends with as he navigates his way through a formidable lineup. Gibson’s extraordinary and engrossing tale is retold from the unique viewpoint of an extremely perceptive pitcher who happens to be one of baseball’s all-time greats.