Melissa Gilbert, star of “Little House On the Prairie”, will be signing copies of “My Prairie Cookbook” at the following location:

Melissa Ellen Gilbert (born May 8, 1964) is an American actress and television director. Gilbert began her career as a child actress in the late 1960s appearing in numerous commercials and guest starring roles on television. From 1974 to 1984, she starred as Laura Ingalls Wilder on the NBC series Little House on the Prairie. During the run of Little House, Gilbert appeared in several popular television films, including The Diary of Anne Frank and The Miracle Worker.
As an adult, she continued her career mainly in television films. Gilbert has also continued with guest starring roles on television and has done voice work for animated series such as Batman: The Animated Series. Gilbert served as the President of the Screen Actors Guild from 2001 to 2005. In 2009, her autobiography Prairie Tale: A Memoir, was released. From 2009 to 2010, Gilbert appeared as Caroline “Ma” Ingalls in the touring production of Little House on the Prairie, the Musical. In 2012, she was a contestant on the season fourteen of thepopular reality dance competition show Dancing with the Stars on ABC. 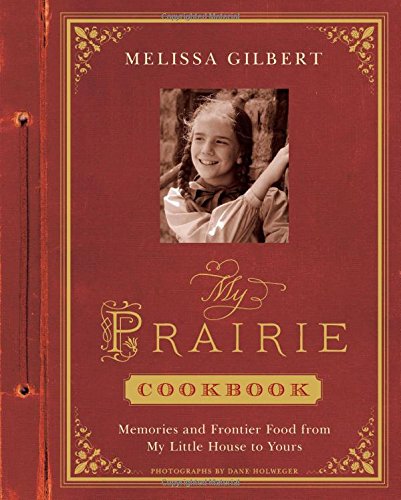 Gilbert’s personal recollections and memorabilia, including behind-the-scenes stories, anecdotes, and more than 75 treasured scrapbook images, accompany the recipes. With answers to the most-asked questions from fans—on topics including the biggest bloopers, on-set romances, and what Michael Landon was really like—My Prairie Cookbook is a cherished memento for Little House fans and fans of simple prairie cooking alike.