Michael Ian Black, star of “Ed”, will be signing copies of “Navel Gazing” at the following locations. 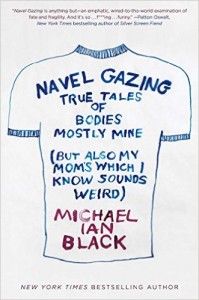 Whether it’s family history, religion, aging, or his parents, Michael Ian Black always has something to say in the dry, irreverent voice that has captured a fan base of millions. When a medical diagnosis forces him to realize he’s not getting any younger, he reexamines his life as a middle-aged guy—of course, in the deadpan wit and self-deprecating vignettes that have become trademarks of his humor.

The alt-comedy take on getting older, Navel Gazing is a funny-because-it’s-true memoir about looking around when you’re forty and realizing that life is about more than receding hairlines and proving one’s manliness on Twitter—it’s about laughing at yourself.