Mike Huckabee, former presidential candidate, signing copies of “God, Guns, Grits, and Gravy” and he wants to see you there!

Mike Huckabee is the former governor of Arkansas, 2008 presidential candidate, and the host of the #1 weekend show Huckabee on Fox News. He is the author of eleven previous books, including New York Times bestsellers A Simple Christmas and Do the Right Thing. He and his wife, Janet, live in Florida and still spend time in Arkansas. They have three grown children and four grandchildren. 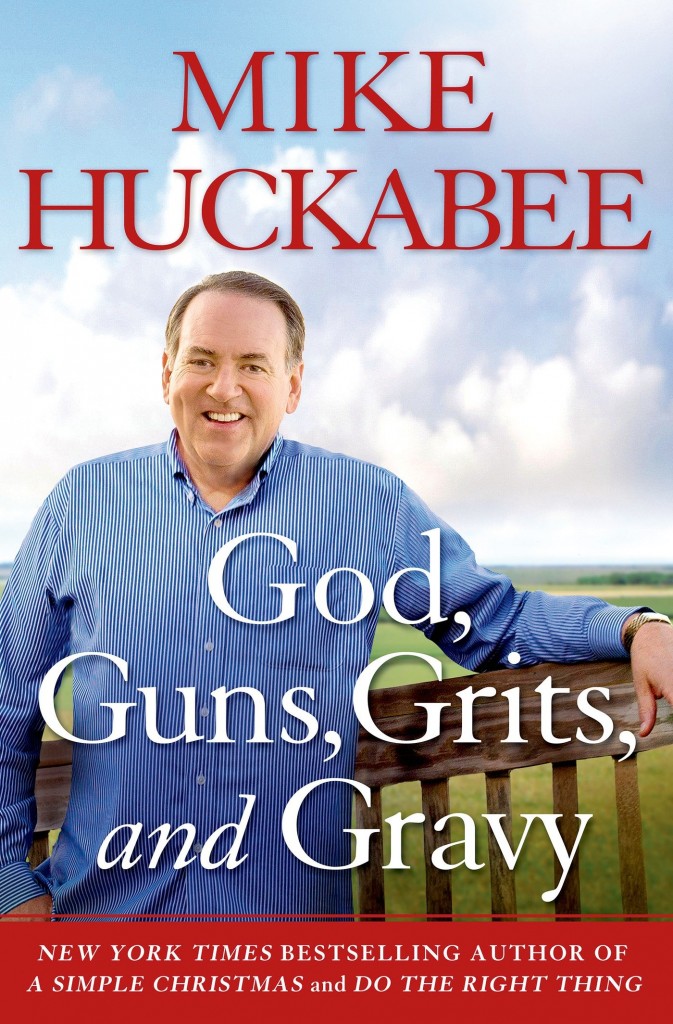 In God, Guns, Grits and Gravy, Mike Huckabee asks, “Have I been taken to a different planet than the one on which I grew up?”  The New York Times bestselling author explores today’s fractious American culture, where divisions of class, race, politics, religion, gender, age, and other fault lines make polite conversation dicey, if not downright dangerous. As Huckabee notes, the differences of opinion between the “Bubble-villes” of the big power centers and the “Bubba-villes” where most people live are profound, provocative, and sometimes pretty funny. Where else but in Washington, D.C. could two presidential golf outings cost the American taxpayers $2.9 million in travel expenses?

to Honey Boo-Boo to the Duck Dynasty’s Robertson family. Gun rights, gay marriage, the decline of patriotism, and the mainstream media’s contempt for those who cherish a faith-based life. The trouble with Democrats, the even bigger trouble with Republicans, our national security complex, and how our Constitution is eroding under our noses. Stories of everyday Americans surviving tough times, reflections on our way of life as it once was, as it is, and as it might become…these subjects and many more are covered with Mike Huckabee’s signature wit, insight, and honesty.

With a wry eye for the ridiculous and a clear-eyed look at the most controversial issues of our time,God, Guns, Grits and Gravy is Mike Huckabee at his very best.