Nick Cannon, host of “America’s Got Talent”, will be signing copies of “Roc and Roe’s Twelve Days of Christmas” in New York and he would love to have you there!

Nick Cannon is a successful, multifaceted entertainer: film star, comedian, musician, writer, and executive producer of his very own hit TV shows. Cited by PEOPLE magazine as one of the top Ten most successful young people in Hollywood, Cannon is the host of AMERICA’S GOT TALENT. He has also hosted hit shows on MTV and Nickelodeon and oversees film and TV projects currently in development through his own multimedia company, NCredible Entertainment. Nick Cannon and Mariah Carey are the proud parents of Moroccan (Roc) and Monroe (Roe).

AG Ford has illustrated many award-winning books for children, including UNDER THE SAME SUN by Sharon Robinson, GOAL by Mina Javaherbin, and the NEW YORK TIMES bestseller BARACK by Jonah Winter. He lives in Dallas, Texas. 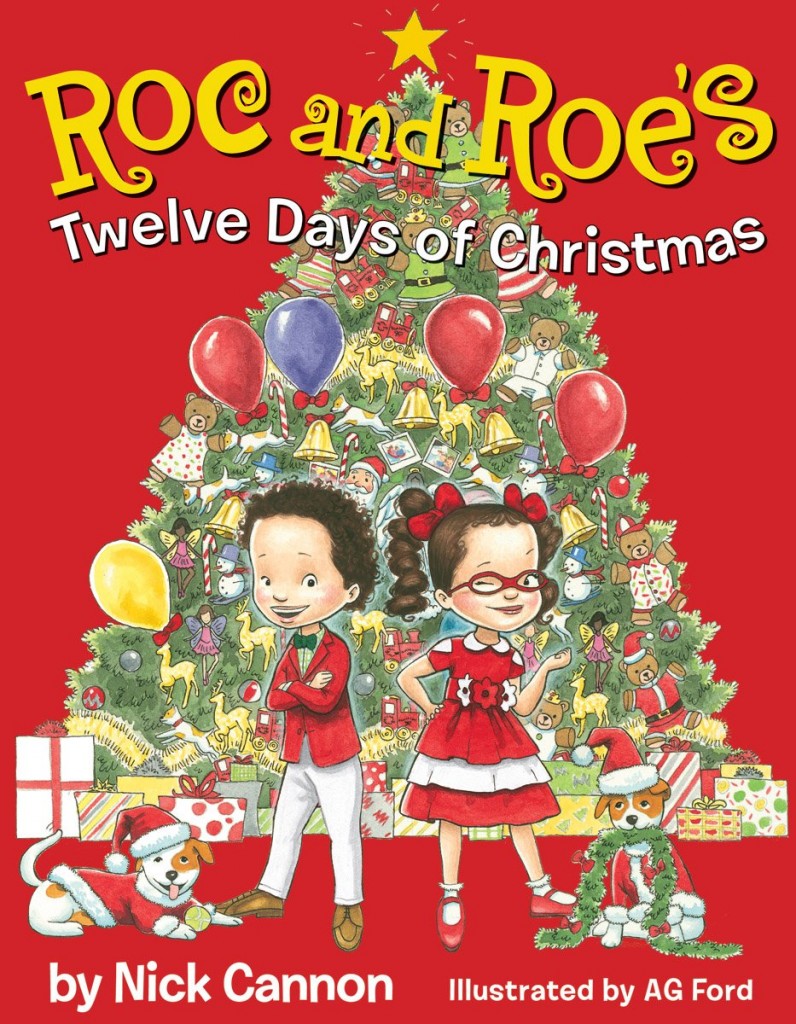 Nick Cannon and Mariah Carey’s twins, Roc and Roe, decorate their Christmas tree with their “pip” version of “The Twelve Days of Christmas.”

Nick Cannon and Mariah Carey’s twins, Roc and Roe, decorate their Christmas tree with their “pip” version of “The Twelve Days of Christmas.”

From an angel with sparkly, shiny wings to four skiing snowmen to twelve chugging choo-choos, Roc and Roe have a frolicking time getting ready for the holidays.