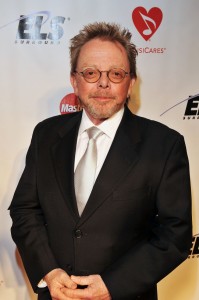 Paul Williams, songwriter/actor, will be making appearances to sign copies of “Gratitude and Trust” at the following locations!

Paul Hamilton Williams, Jr. (born September 19, 1940) is an American composer, singer-songwriter, director, and actor. He is perhaps best known for popular songs performed by a number of acts in the 1970s including Three Dog Night’s rendition of “An Old Fashioned Love Song”, Helen Reddy’s “You and Me Against the World”, David Bowie’s “Fill Your Heart”, and the Carpenters’ “We’ve Only Just Begun” and “Rainy Days and Mondays”, as well as his contributions to films, such as writing the lyrics to the #1 chart-topping “Evergreen”, the love theme from A Star Is Born, starring Barbra Streisand, for which he won a Grammy for Song of the Year and an Academy Award for Best Original Song; and “Rainbow Connection” from The Muppet Movie. He also composed the enormously popular opening theme for The Love Boat, originally performed by Jack Jones, and later, by Dionne Warwick.

He has also had a variety of high-profile acting roles such as Little Enos Burdette in the 1977 action-comedy Smokey and the Bandit, and as the villainous Swan in Brian De Palma’s Phantom of the Paradise (which Williams also co-scored, receiving an Oscar nomination in the process), as well as television, theater, and voice-over work for animation. 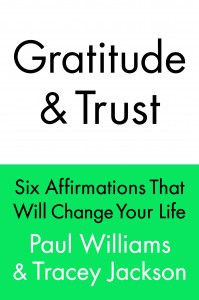 Paul Williams is an alcoholic.

Tracey Jackson is not.

But together, these two close friends have written Gratitude and Trust, a book designed to apply the principles of the recovery movement to the countless people who are not addicts but nevertheless need effective help with their difficulties and pain.
Williams, the award-winning songwriter, actor, and performer, has embraced a traditional alcoholism recovery plan for more than two decades of sobriety. Jackson, a well-known TV and film writer—and veteran of many years of traditional therapy—has never been a drunk or a drug abuser, but she realized that many of the tenets of Williams’s program could apply to her. In Gratitude and Trust, Williams and Jackson ask: What happens to those who struggle with vexing problems yet are not full-blown addicts? Are there any lessons to be learned from the foundational and time-tested principles of the recovery movement?

Whether you’re tethered to your phone or you turn to food for comfort; whether you’re a perfectionist and can’t let things go or are too afraid to fail to even try; whether you can find intimacy only on the Internet or you’ve been involved in a string of nasty relationships—the first step toward feeling better about yourself and your life is the realization that you are what’s standing in your way. Williams and Jackson have designed a new, positive program, based on a half-dozen new affirmations, that can help conquer your vices, address personal dysfunction, and start to brighten the darkest moods. Gratitude and Trust is an essential, inspirational, and uplifting guide to identifying and changing maladaptive behaviors in order to uncover your most productive, healthiest self.