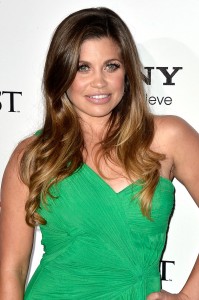 Danielle Fishel, star of “Boy Meets World” and “Girl Meets World,” will be making appearances to sign copies of “Normally, This Would Be Cause For Concern” at the following locations!

Danielle Christine Fishel (born May 5, 1981) is an American actress and television personality best known for her role as Topanga Lawrence on the 1990s TV sitcom Boy Meets World. She is set to reprise the role for the upcoming 2014 spinoff Girl Meets World. She is also known for being the host of Style Network’s The Dish. Fishel also appears in National Lampoon’s Dorm Daze and its sequel, and was a spokesperson for NutriSystem. She is also a resident reporter on PopSugar, and their spin-off YouTube channel, PopSugar Girls Guide. 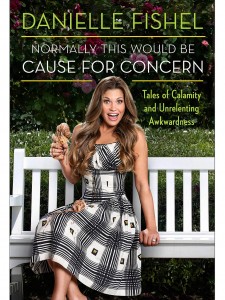 A warm and witty memoir by Danielle Fishel, the beloved star of the ’90s sitcom Boy Meets World and the eagerly anticipated spin-off, Girl Meets World.

Best known for playing Topanga Lawrence on Boy Meets World, Danielle Fishel was many a tween’s first crush and the quintessential girl-next-door for seven years as she joined 10 million viewers in their living rooms every Friday from 1993 to 2000. The real Danielle is just as entertaining and down-to-earth as the character she portrayed on her hit show. But even life for a successful actress can be messy, from disastrous auditions to dating mishaps and awkward red carpet moments.

Normally, This Would Be Cause for Concern is a fun romp through Danielle’s own imperfections and mild neuroses. It’s a book for anyone who, like Danielle, has ever tripped and fallen down a flight of stairs in a room full of people, had a romantic moment with their significant other that was ruined by horrendous gas, or taken a sexy Halloween photo without realizing there was a huge chunk of chocolate-covered strawberry in their teeth. Here is the real, imperfect Danielle, who knows that a good sense of humor and a positive attitude makes life so much more enjoyable. Even when you’ve just face-planted in front of Ben Affleck.