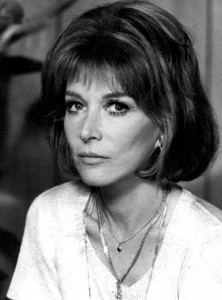 Lee Grant, Oscar winning actress, will be signing copies of “I Said Yes To Everything,” and would love to see you there!

Academy Award winner Lee Grant was born Lyova Haskell Rosenthal in New York City on October 31, 1925. She made her stage debut at age 4 at the Metropolitan Opera in New York City, playing the abducted princess in “L’Orocolo”. After graduating from high school, she won a scholarship to the Neighborhood Playhouse School of the Theatre, where she studied acting with Sanford Meisner. When she was a teenager Grant established herself as a formidable Broadway talent when she won The Critics’ Circle Award for her portrayal of the shoplifter in “Detective Story”. She reprised the role in the film version (Detective Story (1951), a performance that garnered her the Cannes Film Festival Citation for Best Actress as well as her first Academy Award Nomination.

Immediately following her screen debut, however, Lee became a victim of the McCarthy-era blacklists in which actors, writers, directors, etc., were persecuted for supposedly “Communist” or “progressive” political beliefs, whether they had them or not. Except for an occasional role, she did not work in film or television for 10 years. In 1966 Lee re-started her acting career in the TV series Peyton Place (1964), for which she won an Emmy Award as Stella Chernak, and she later garnered her first Academy Award for Shampoo (1975), also receiving Academy Award nominations for The Landlord (1970) and Voyage of the Damned (1976).

Since 1980 Lee has been concentrating on her directorial career, which began as part of the Women’s Project at The Americal Film Institute (AFI); her adaptation of August Strindberg’s, “Stronger, The” was consequently selected as one of the 10 best films ever produced for AFI. In 1987 she received an Academy Award for the HBO documentary, Down and Out in America (1986) and directed Nobody’s Child (1986) for CBS, for which she received the Directors Guild Award. In 1983 she received the Congressional Arts Caucus Award for Outstanding Achievement in Acting and Independent Filmmaking. Subsequently, Women in Film paid tribute to her in 1989, with its first-ever Lifetime Achievement Award. Both the New York City Council and the County of Los Angeles Board of Supervisors have recognized Ms. Grant for the contribution her films have made to the fight against domestic violence. 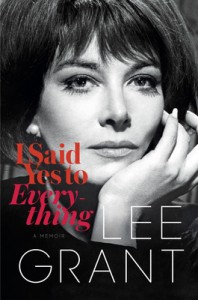 Born Lyova Haskell Rosenthal in New York City, actress Lee Grant spent her youth accumulating more experiences than most people have in a lifetime: from student at the famed Neighborhood Playhouse to member of the leg­endary Actors Studio; from celebrated Broadway star to Vogue “It Girl.” At age twenty-four, she was nominated for an Academy Award for Detective Story, and a year later found herself married and a mother for the first time, her career on the rise.

And then she lost it all.

Her name landed on the Hollywood black­list, her offers for film and television roles ground to a halt, and her marriage fell apart.

Finding reserves of strength she didn’t know she had, Grant took action against anti-Communist witch hunts in the arts. She threw herself into work, accepting every theater or teaching job that came her way. She met a man ten years her junior and began a wild, liberat­ing fling that she never expected would last a lifetime. And after twelve years of fighting the blacklist, she was finally exonerated. With cour­age and style, Grant rebuilt her life on her own terms: first stop, a starring role on Peyton Place, and then leads in Valley of the Dolls, In the Heat of the Night, and Shampoo, for which she won her first Oscar.

Set amid the New York theater scene of the fifties and the star-studded parties of Malibu in the seventies, I Said Yes to Everything evokes a world of political passion and movie-star glamour. Grant tells endlessly delightful tales of costars and friends such as Warren Beatty, Elizabeth Taylor, Grace Kelly, and Sidney Poitier, and writes with the verve and candor befitting such a seductive and beloved star.

Her book is available for pre-order here on Amazon!