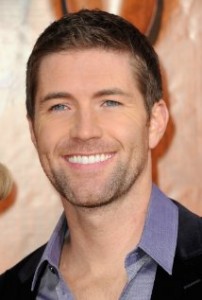 Josh Turner, country singer & actor, will be signing copies of “Man Stuff” and would love to see you there!

Joshua Otis “Josh” Turner (born November 20, 1977) is an American country music singer and actor who signed to MCA Nashville Records in 2003. His latest single is “Time Is Love” off his new album, ‘Punching Bag’. In 2003, Long Black Train, his title track, was his breakthrough single release. 2005’s Your Man accounted for his first two number one hits: “Your Man” and “Would You Go with Me,” while 2007’s Everything Is Fine included a No. 2 in “Firecracker.” Haywire, released in 2010, produced his biggest hit, the No. 1 “Why Don’t We Just Dance” and another number one in “All Over Me”. It was followed by Punching Bag (2012), whose lead-off single “Time Is Love” was the biggest hit of 2012 according to Billboard Year-End. 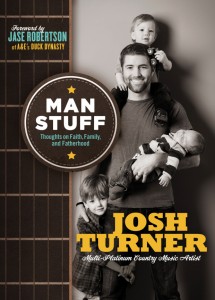 Be a stronger, more effective dad, family man, and man of God.

Described as a devoted family man, strong Christian, generous philanthropist, and passionate sports fan, Josh Turner is one busy guy. And despite his recording schedule, award shows, and national tour dates, a few of his biggest priorities in life are to instill good values into his three young sons, be a devoted husband, and be a strong testimony for God.

In this compilation, Josh shares fun and meaningful thoughts and personal stories—ranging from his childhood years to today—and weaves in spiritual insight for men who want to be better dads, husbands, and men of God. He covers a variety of topics such as living and working with integrity, facing your fears, surrounding yourself with good company, trusting God’s plans, standing up for the least of these—topics every man can relate to and draw from to grow in his spiritual and personal journeys.

This is a great gift for any Josh Turner or country music fan with conservative family values.