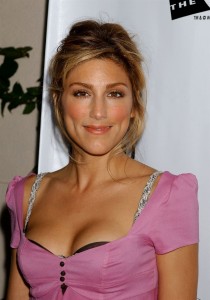 Jennifer Esposito, star of “Summer of Sam” and “Crash”, will be signing copies of “Jennifer’s Way” and would love to meet you at the following location!

Jennifer Esposito (born April 11, 1973) is an American actress, dancer and model, known for her appearances in films such as I Still Know What You Did Last Summer, Summer of Sam and Crash, and in television series such as Spin City, The Looney Tunes Show, Samantha Who?, and Blue Bloods.
Esposito was born in Brooklyn, New York, the second of two daughters of Phyllis, an interior decorator, and Robert Esposito, a computer consultant and music producer. She is of Italian descent.
Esposito announced that she had been diagnosed with celiac disease on The Late Show with David Letterman in October 2011, reporting she had been diagnosed “a couple years ago” and had plans to open a gluten-free bakery. In 2012, Esposito opened the bakery in Manhattan’s East Village under the name “Jennifer’s Way Bakery.”

According to Esposito, she collapsed on set while shooting an episode of Blue Bloods, requiring her to miss a week of work, and during the show’s third season, informed CBS that her medical condition would limit her availability. On October 20, 2012, CBS announced that her character was being placed on indefinite leave of absence. Esposito and CBS reportedly have been at odds over her medical condition and its effect on her availability for work. 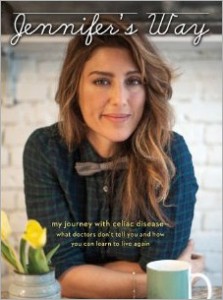 The National Foundation for Celiac Awareness estimates that as many as one in 133 Americans has celiac disease. Unfortunately, 83 percent of people who have this terrible disease are undiagnosed or misdiagnosed—suffering through years of pain and misunderstanding. Award-winning actress Jennifer Esposito was one of those 83 percent, receiving an accurate diagnosis only after decades of mysterious illnesses and myriad misdiagnoses.

Now Jennifer shares her riveting personal journey—from her earliest memories of her childhood in Brooklyn to her years as a young actress, all the while suffering from unexplained, devastating ailments. Jennifer’s struggle to finally receive an accurate diagnosis is one that anyone who has a chronic disease will share. But this is more than a story of suffering. It is the story of one woman’s valiant journey to take charge of her health and rebuild her life.

Not only will you learn from Jennifer’s personal story, the book also guides you through early diagnosis, sharing the steps that helped Jennifer heal. Plus, you’ll find recipes she uses at home, along with recipes for some of the delicious treats she offers at her own gluten-free bakery, Jennifer’s Way, in New York.

For anyone struggling with a chronic illness, Jennifer’s Way is proof that you can find an answer to what is wrong with you, that you shouldn’t stop until you find it, and that you can learn how to truly live again.

You can purchase her book here on Amazon.