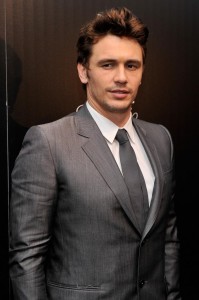 James Franco, actor and author, will be signing copies of his book “Palo Alto: Stories” at the following location:

James Edward Franco (born April 19, 1978) is an American actor, director, screenwriter, producer, teacher, author and poet. His first prominent role was a lead part, “Daniel Desario”, on the short-lived cult hit television program Freaks and Geeks, he later achieved recognition for playing the title character in the TV biographical film James Dean (2001), in which he won a Golden Globe Award, and for playing Harry Osborn in Sam Raimi’s Spider-Man trilogy (2002–2007). He is also known for his roles in the films Pineapple Express (2008), Milk (2008), 127 Hours (2010), Rise of the Planet of the Apes (2011), Oz the Great and Powerful (2013), Spring Breakers (2013), and This Is the End (2013). He also had a recurring role in the ABC soap opera General Hospital. For his role in 127 Hours, Franco was awarded an Academy Award nomination for Best Actor. 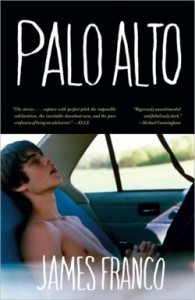 A fiercely vivid collection of stories about troubled California teenagers and misfits–violent and harrowing, from the astonishingly talented actor and artist James Franco.
Palo Alto is the debut of a surprising and powerful new literary voice. Written with an immediate sense of place–claustrophobic and ominous–James Franco’s collection traces the lives of an extended group of teenagers as they experiment with vices of all kinds, struggle with their families and one another, and succumb to self-destructive, often heartless nihilism. In “Lockheed” a young woman’s summer–spent working a dull internship–is suddenly upended by a spectacular incident of violence at a house party. In “American History” a high school freshman attempts to impress a girl during a classroom skit with a realistic portrayal of a slave owner—only to have his feigned bigotry avenged. In “I Could Kill Someone,” a lonely teenager buys a gun with the aim of killing his high school tormentor, but begins to wonder about his bully’s own inner life.

These linked stories, stark, vivid, and disturbing, are a compelling portrait of lives on the rough fringes of youth.

You can purchase his book here on Amazon.