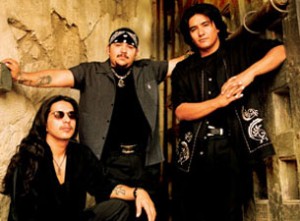 Los Lonely Boys, chart topping Tejano band, is going to be signing copies of “Revelation” at the following locations:

Los Lonely Boys is an American Chicano rock power trio from San Angelo, Texas. They play a style of music they call “Texican Rock n’ Roll,” combining elements of rock and roll, Texas blues, brown eyed soul, country, and Tejano.
The band consists of three brothers: Henry (guitar, vocals), Jojo (bass, vocals), and Ringo (drums, vocals) Garza. They follow the tradition of their father, Ringo Garza, Sr., who formed a band with his brothers called the Falcones. The Falcones played conjunto music in southern Texas during the 1970s and 1980s. To date, Los Lonely Boys have released three studio albums and a live album, all on the Epic Records label. Their debut single, “Heaven,” was a number one hit on the Billboard adult contemporary chart and reached the Top 40 on the Billboard Hot 100 in 2004. 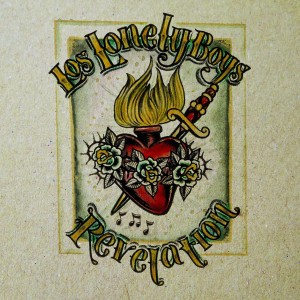 Los Lonely Boys have announced a new studio album, Revelation, which will be released January 21 on the band’s own LonelyTone imprint.

While maintaining the band’s trademark mix of bluesy rock and rootsy brown-eyed soul, Revelation adds the conjunto touches of “Blame It On Love,” the reggae groove of “Give A Little More,” the rustic acoustic textures of “It’s Just My Heart Talkin’ and the baroque pop elements of “There’s Always Tomorrow.”

“We decided to call this album Revelation because we want to make music that reveals something to people about their lives and their world,” says bassist/vocalist Jojo Garza. “As musicians and artists, we’re here to connect with people, and to share our view of things.

“We’re always trying to broaden our horizons and advance musically, and that’s something that we were very conscious of in making this record,” Jojo adds. “We’re always looking for new ways to communicate and reach people, so we experimented with a lot of different sounds and production approaches.”

“We nearly lost Henry, man, and that was a big change for us,” Jojo says. “The whole experience was a wake-up call for us. It made us rethink every aspect of our lives and our careers, and it reminded us of what’s really important to us.”