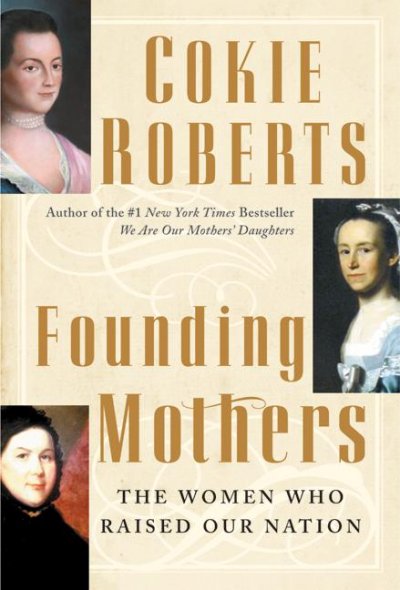 Mary Martha Corinne Morrison Claiborne Roberts (née Boggs; born December 27, 1943), best known as Cokie Roberts, is an American journalist and author. She is a contributing senior news analyst for National Public Radio as well as a regular roundtable analyst for the current This Week With George Stephanopoulos. Roberts also works as a political commentator for ABC News, serving as an on-air analyst for the network.
Roberts, along with her husband, Steven V. Roberts, writes a weekly column syndicated by United Media in newspapers around the United States. She serves on the boards of several non-profit organizations such as the Kaiser Family Foundation and was appointed by President George W. Bush to his Council on Service and Civic Participation.

Roberts serves as a senior news analyst for NPR, where she was the congressional correspondent for more than ten years. In addition to her work for NPR, Roberts is a political commentator for ABC News, serving as an on-air analyst for the network.
Roberts was the co-anchor of the ABC News’ Sunday morning broadcast, This Week with Sam Donaldson & Cokie Roberts from 1996 to 2002, while serving as the chief congressional analyst for ABC News. She covered politics, Congress and public policy, reporting for World News Tonight and other ABC News broadcasts.
Before joining ABC News in 1988, Roberts was a contributor to PBS in the evening television news program The MacNeil/Lehrer NewsHour. Her coverage of the Iran-Contra Affair for that program won her the Edward Weintal Prize for Diplomatic Reporting in 1988. From 1981 to 1984, in addition to her work at NPR, she also co-hosted The Lawmakers, a weekly public television program on Congress.
While working in Guatemala, Sister Dianna Ortiz, a Catholic nun from New Mexico, was raped and tortured by members of a death squad. Although there was no doubt of Ortiz’s torture, Roberts “confronted Ortiz during an interview with accusations of fraudulence.” Roberts’ brother, Tom Boggs, working for the advertising firm of “Patton, Boggs, & Blow,” was paid by the Guatemalan military to promote a more positive image of the death squads and the military dictatorship in Guatemala. The incident raised doubts about Roberts’ credibility as a journalist.
Prior to joining NPR, Roberts was a reporter for CBS News in Athens, Greece. She also produced and hosted a public affairs program on WRC-TV in Washington, DC. Roberts is also a former president of the Radio and Television Correspondents’ Association. 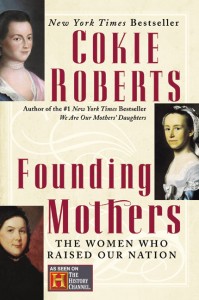 From #1 New York Times bestselling author Cokie Roberts comes New York Times bestseller Founding Mothers, an intimate and illuminating look at the fervently patriotic and passionate women whose tireless pursuits on behalf of their families–and their country–proved just as crucial to the forging of a new nation as the rebellion that established it.

While much has been written about the men who signed the Declaration of Independence, battled the British, and framed the Constitution, the wives, mothers, sisters and daughters they left behind have been little noticed by history. #1 New York Times bestselling author Cokie Roberts brings us women who fought the Revolution as valiantly as the men, often defending their very doorsteps. Drawing upon personal correspondence, private journals, and even favoured recipes, Roberts reveals the often surprising stories of these fascinating women, bringing to life the everyday trials and extraordinary triumphs of individuals like Abigail Adams, Mercy Otis Warren, Deborah Read Franklin, Eliza Pinckney, Catherine Littlefield Green, Esther DeBerdt Reed and Martha Washington–proving that without our exemplary women, the new country might have never survived.

You can order her book here on Amazon!