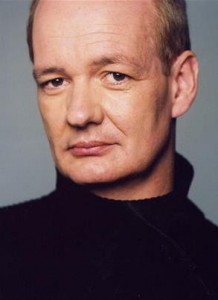 Colin Mochrie, star of “Whose Line Is It Anyway,” would love to meet you to sign copies of “Not Quite the Classics” at the following location:

Colin Andrew Mochrie (born November 30, 1957) is a Scottish-born Canadian actor and improvisational comedian, most famous for his appearances on the British and U.S. versions of television improvisation show Whose Line Is It Anyway?.

Colin Mochrie was born in Kilmarnock, Scotland, the oldest of three children. His father was an airline maintenance executive. He was shy as a child, stating that neighbours would have commented that he “watched way too much television.” In 1964, his family moved to a French neighbourhood just outside Montreal, Quebec, and five years later moved again to Vancouver, British Columbia. Mochrie attended Killarney Secondary School, where he was a self-proclaimed loner who wanted to become a marine biologist. He was persuaded by a friend to try out for a play entitled The Death and Life of Sneaky Fitch where Mochrie played the role of the undertaker. He was hooked when he got his first laugh, which paved the way for a career in entertainment. After graduating from high school, where he was valedictorian, Mochrie attended the Studio 58 theatre school in Vancouver for four years, where he discovered the art of improvisational comedy.

“Colin Mochrie is devastatingly handsome, perilously smart, and smells like warm maple syrup. Step inside his hilarious and complex mind, and abandon all hope.”
—Aisha Tyler

Based on the improv game First Line, Last Line, Colin Mochrie of Whose Line is it Anyway? fame, puts a unique spin on works of classic literature. Taking the first line and last line from classic books and poems, Colin recasts these familiar stories in his own trademark offbeat style:

These stories, and many more, prove that no literary masterpiece is too big, or too small, for the improvisational comedy treatment.

“I adore Colin Mochrie. I think he is brilliant, so talented AND a dear sweet man. Also, he’s funny as well and a good kisser!”
—Florence Henderson

“I love Colin. I love his voice. I love his lips. I love his eyeballs. His pecs. And the rest of him. I’m going to Paris with him soon.”
— Richard Simmons

You can order his book here onAmazon!