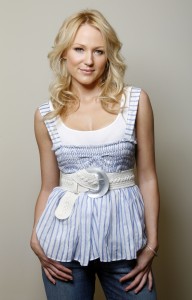 The award-winning singer has taken one of her songs and created a gorgeous picture book to accompany her voice on the CD included,” raved School Library Journal about Jewel’s first picture book, That’s What I’d Do.
In Sweet Dreams, a mother’s soothing lullaby opens the door to an imagined adventure for her sleeping child. Amy June Bates’s luminous illustrations capture the beautiful world of dreams that every mother wishes for her child. The pair rows though the indigo night sky and catches shimmering stars in their silver net. Cascading clouds spill form the Big Dipper, drawing them along their night journey.

Jewel Kilcher (born May 23, 1974), professionally known as Jewel, is an American singer-songwriter, guitarist, producer, actress and poet. She has received four Grammy Award nominations and has sold over 27 million albums worldwide.
Jewel’s debut album, Pieces of You, released on February 28, 1995, became one of the best-selling debut albums of all time, going 15 times platinum. One single from the album, “Who Will Save Your Soul”, peaked at number eleven on the Billboard Hot 100; two others, “You Were Meant for Me” and “Foolish Games”, reached number two and seven respectively on the Hot 100, and were listed on Billboard’s 1997 year-end singles chart. She has crossed multiple genres throughout her career. Perfectly Clear, her first country album, was released on The Valory Music Co. in 2008. It debuted atop Billboard’s Top Country Albums chart and featured three singles, “Stronger Woman”, “I Do”, and “Til It Feels Like Cheating”. Jewel released her first independent album Lullaby in May 2009.
Jewel is the co-host, as well as a judge, with Kara DioGuardi on the songwriting competition reality television series Platinum Hit, which premiered May 30, 2011 on the cable network Bravo. Jewel has the vocal range of a lyric soprano. On July 2, 2013, it was announced that Jewel would be a judge on the fourth season of the a capella competition, The Sing-Off.