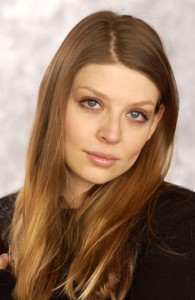 Amber Benson, star of “Buffy”, will be signing copies of the “2014 Buffy the Vampire Slayer Calendar” at the following location:

Amber Benson was born on January 8, 1977 in Birmingham, Alabama. As a young girl, she studied singing, dancing as well as acting. While still in her teens, she was involved in productions at the local community theatre. Her family moved to Los Angeles soon afterwards in 1992 so she could pursue a career in acting.

Her first movie role was a minor part in King of the Hill (1993), where she played a good-natured, epileptic teenager and hotel resident which was set in 1930s Depression-era Indiana, which was immediately followed by another supporting part of Cheyenne, the best friend of Alicia Silverstone in The Crush (1993). A string of roles followed with her acting in three made-for-TV “Jack Reed” detective movies playing the daughter of the title detective as well as other minor and bit parts in Imaginary Crimes (1994), S.F.W. (1994) and Bye Bye Love (1995).

She’s also acted in a number of independent film productions and film shorts including Take It Easy (1999), Deadtime (1999), Don’s Plum (2001), Hollywood, Pennsylvania (2001). But Amber is probably best known for playing Tara, the shy, withdrawn witch and love interest of Willow for three seasons on the series “Buffy the Vampire Slayer” (1997) from early 2000 to 2002.

Amber has also tried her talent at writing and directing, starting in 2001 with the little-seen independent comedy-drama Chance (2002), where she played the title character. She has also wrote various stage plays as well as the scripts for other independent movie productions like The Theory of the Leisure Class (2001) and Ghosts of Albion: Legacy (2003) (TV).