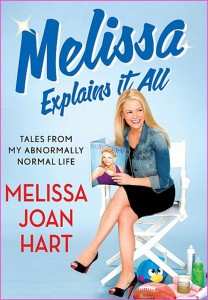 Melissa Joan Hart, star of “Melissa & Joey, will be signing copies of Melissa Explains It All at the following location:

The frank and witty memoir from Melissa Joan Hart, the star of Clarissa Explains It All and Sabrina, the Teenage Witch—a cultural icon for a generation

Thousands of young people consider Melissa Joan Hart an integral part of their childhoods. She played the title roles in the trailblazing Nickelodeon series Clarissa Explains It All and the wildly popular Sabrina, the Teenage Witch, but she never let fame go to her head. From her first commercial to her current star turn in ABC Family’s hit Melissa and Joey, Hart has had one foot in Hollywood and one foot in the suburbs. While still in elementary school, Hart and her mom would commute from Long Island to Manhattan for auditions and acting jobs. To her it wasn’t extraordinary; nor were her friendships with her competition (like Soleil Moon Frye or Lacey Chabert) and her castmates (Ryan Reynolds and Calista Flockhart). It was just her job. Instead of buying toys, her earnings would help pay family bills. 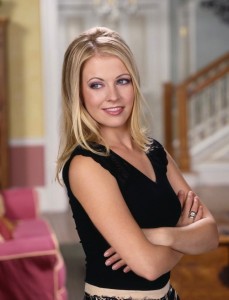 Melissa Explains It All is as forthright and funny as Melissa herself. The book offers behind the scenes tales from her extraordinary past and her refreshingly normal present. Melissa Explains It All: her childhood and family, her career from its beginning to the present, her rebellious teen years, the mistakes she’s made, the actors she worked with, competed against, befriended—and the wacky stories of trying to fit in, stand out, and juggle the roles of wife, mother and TV star. She shares the lessons she’s learned along the way: what’s kept her grounded and normal and working when others have not been so fortunate.

Melissa grew up in Sayville, New York. Her acting career started at the age of four, when she did a commercial for a bathtub toy called Splashy. Her mother, Paula Hart, has been her agent from the beginning. Melissa is the oldest of eight children, some from her mother’s second marriage. Six sisters, Trisha Hart, Elizabeth Hart, Emily Hart, Alexandra Hart-Gilliams, Samantha Hart, and Mackenzie Hart who is the only sibling who never appeared on Melissa’s TV series “Sabrina, the Teenage Witch” (1996). Her brother is Brian Hart.

Melissa performed in two plays as the youngest member of New York’s Circle Repertory Lab Company: “Beside Herself” in 1989 (starring Lois Smith and William Hurt) and “Imagining Brad” in 1990. She was also in the National Actors Theater production of “The Crucible” on Broadway with Martin Sheen (as understudy of three of the children in the play). Melissa cites Shirley Temple and Audrey Hepburn as early acting inspirations and still collects memorabilia of the former. For the past few years, she has been juggling acting and attending New York University. She’s now living in Connecticut.