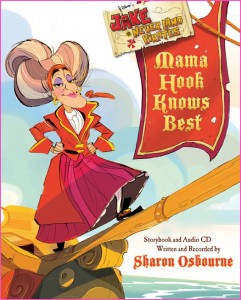 Sharon Osbourne, wife of Ozzy, will be signing copies of Mama Hook Knows Best at the following location:

Sharon Osbourne has teamed with Disney Publishing to release a new book based on her “Jake And The Never Land Pirates” character Mama Hook! The book is titled “Mama Hook Knows Best: A Pirate Parent’s Favorite Fables.”

The children’s book will arrive this fall and is about Mama Hook’s adventures sailing the Never Sea and about the stories she told Captain Hook when he was a young boy.

Here’s what Sharon had to say about working with Disney on the new book:

“I have such a wonderful time playing Mama Hook on ‘Jake and the Never Land Pirates. To be able to take that role to the book world and share Mama Hook’s stories with families around the world is an honor. I hope kids enjoy reading Mama Hook’s pirate tales and continue to fall in love with her, just as I have.” 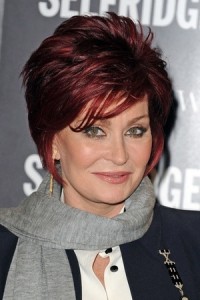 Sharon Rachel Osbourne (née Arden, originally Levy; born 9 October 1952) is an English television host, media personality, author, music manager, businesswoman, promoter and the wife of heavy metal singer-songwriter Ozzy Osbourne. She first came into public prominence after appearing in The Osbournes, a reality television show that followed her family’s daily life. Osbourne later became a talent show judge on shows such as the British and original version of The X Factor, from 2004 to 2007; before returning in 2013 and America’s Got Talent until 2012.

After the success of The Osbournes and The X Factor, hosting her own chat shows and securing advertising contracts, Osbourne was ranked as the 25th richest woman in Britain on the 2009 Sunday Times Rich List. As of 2008, Sharon and Ozzy Osbourne, were ranked as the 724th richest people in Britain with an estimated joint wealth of £110 million. Sharon Osbourne is credited with reviving her husband’s heavy metal career by founding the summer Ozzfest tour. She is one of five co-hosts of the daytime series The Talk, where she discusses controversial topics and contemporary issues. The Talk premièred on 18 October 2010.