Merry F#%$in’ Christmas looks like a children’s picture book, but features adult language and themes to hilarious effect. The manuscript is comprised of the lyrics to Denis Leary’s popular Christmas song of the same title (plus three new verses written for this book), and includes 25 newly commissioned illustrations in the style of classic stop-motion TV Christmas specials.

Denis Leary is one of the top comedians in America. He’s had hit TV shows, movies, and one of the highest-grossing stand-up videos of all time (No Cure for Cancer). His one-hour Christmas comedy special, Merry F#%$in’ Christmas, airs on Comedy Central every year. He has also published two very successful books. Merry F#%$in’ Christmas will be his third book. He lives in New England and New York City. 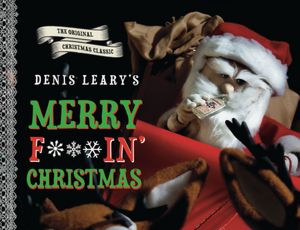