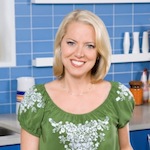 Melissa d’Arabian, host of Food Network’s Ten Dollar Dinners and season 5 winner of The Next Food Network Star, makes good on the $10 promise of dinner for four in her eagerly awaited debut cookbook. For home cooks who care about what they feed their families and want to stretch their dollars, Melissa is the best guide for putting delicious meals on the table.

With four young girls ages six and under, and a hit show on Food Network, Melissa d’Arabian focuses on savvy budgeting, efficient shopping, and full-flavored cooking. Ten Dollar Dinners has 140 recipes and more than 100 creative, practical tips on great money-savers (“Clear-Your-Pantry Week”); inventive takes on old standby dinners (try her Moroccan Meatloaf); and how to get ingredients to last longer (keep your green onions in a glass of water and they will regrow several times over!). And with a coding system to help you create your own $10 menu, Ten Dollar Dinners celebrates spending with purpose, cooking with love, minimizing time spent in front of the stove, and savoring your homemade meal.

Melissa is a pro at creating satisfying meals that adults and kids alike will enjoy, using everyday ingredients and transforming them into delicious dinners. Her Potato-Bacon Torte (which, at 50 cents a serving, was one of her winning recipes on The Next Food Network Star) shows how basic and inexpensive supermarket ingredients can be turned into an amazingly satisfying dish. Her Roasted Vegetable Tian is a great way to take advantage of deals in the produce aisle. The Four-Step Chicken Piccata offers a plan for getting food on the table in just minutes, using almost anything in the pantry.

Anyone can use this book—especially those who want to save money—and feel great about cooking sensibly for elevated, simple meals that are healthy family-pleasers. 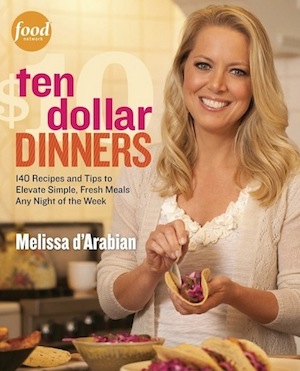