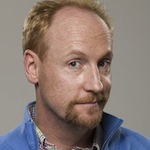 Following the auction, Matt will be signing copies of his indie comedy film/directorial debut, High Road. The film stars Abby Elliott, Ed Helms, Rob Riggle, Horatio Sanz, and more and Amoeba will have the DVD for sale at the event.

July’s Auction Proceeds benefit Camp Crescent Moon!
Camp Crescent Moon is the nation’s first & oldest summer camp for children with sickle cell disease between the ages of 8-14 years. The next session of camp is scheduled for the week of July 15-21, 2012 at the Temescal Gateway Park in Pacific Palisades, California. www.campcrescentmoon.org