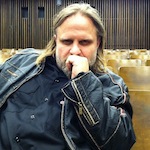 M. Shawn Crahan, better known as Clown, is the percussionist and founding member of the Grammy Award winning hard rock band, Slipknot. Crahan is also the art director for Slipknot and directed their DVDs,Disasterpieces, Voliminal: Inside The Nine, Of The (sic), and (sic)nesses: Live at Download. He has been the creative vision behind the band since their inception.

Outside of Slipknot, Crahan has had a few other projects of note, To My Surprise who released one album (executive produced by Rick Rubin) on Roadrunner Records in 2004, as well as the alternative group, Dirty Little Rabbits. Crahan produced, played drums, and wrote in both groups. In 2009, The Dirty Little Rabbits released the EP, Simon, on The End Records, which was followed by their self-titled full length in 2010. Recently, Crahan has been focusing his musical energy on his newest band, The Black Dots of Death. In this latest band Crahan can once again be found behind the drum kit in addition to writing, recording, and producing the band whose debut album, Ever Since We Were Children, hit stores in the spring of 2011.

In addition to producing his own work Crahan has also worked as a producer for several bands including Gizmachi and Dirtfedd as well as serving as an executive producer to bands such as Mudvayne. Crahan has also remixed several songs for artists including; Marilyn Manson, Coheed and Cambria, Mindless Self Indulgence, and Suicide Silence among others.

Away from music, Shawn is very passionate about photography and film. In recent years he has taken to directing Slipknot’s videos, co-directing all four videos for their latest record, 2008’s All Hope Is Gone. Crahan had his first gallery showing in Iowa in 2010, displaying a number of paintings, photographs, and other works of art. He’s been a featured, speaker, performer, and panelist at seminars throughout the country, including South by Southwest. 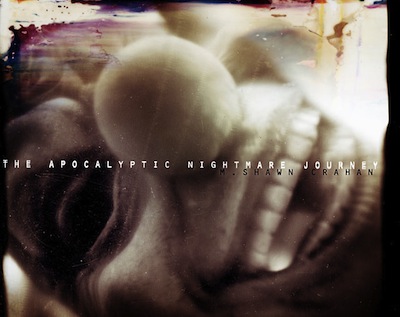