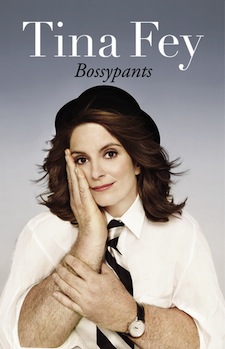 30 Rock star and SNL favorite, Tina Fey, will be at Union Square this month for an on-stage interview with The New Yorker editor, David Remnick. She’ll be discussing her new memoir, “Bossypants.”

Unless you’ve lived under a rock in recent years, Fey needs no introduction: the comedian, writer and producer created the hit TV series 30 Rock and put Sarah Palin on the map. She’s the winner of three Golden Globe Awards, four WGA Awards, four SAG Awards and seven Emmys, as well as being the youngest to date winner of the Mark Twain Prize for American Humor. She earned her stripes as a featured player in Chicago’s famed The Second City. Her book will tell you what you don’t know…

“Before Liz Lemon, before “Weekend Update,” before “Sarah Palin,” Tina Fey was just a young girl with a dream: a recurring stress dream that she was being chased through a local airport by her middle-school gym teacher. She also had a dream that one day she would be a comedian on TV. She has seen both these dreams come true.”

About the book
With chapter titles ranging the gamut from “Peeing in Jars with Boys” to “My Honeymoon, or A Supposedly funny Thing I’ll Never Do Again Either,” Fey takes you on a journey from childhood nerd-dom, growing up just outside of Philadelphia, to her “nearly fatal” honeymoon, to life with husband Jeff Richmond and their daughter Alice, including “life as a mother eating things off the floor.”