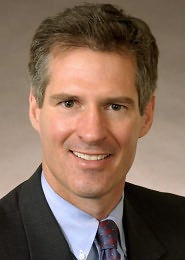 Scott Brown, US senator from Massachussetts, will be making several appearances to sign copies of his new book Against All Odds: My Life of Hardship, Fast Breaks, and Second Chances

U.S. Senator Scott Brown was elected by the people of Massachusetts on January 19, 2010, to fill the term of the late senator Ted Kennedy. He lives in Wrentham, Massachusetts, with his wife, Gail, and their two daughters, Ayla and Arianna.

About the book:
The extraordinary personal journey of a man who, against all odds, rose to become one of America’s most surprising and promising new political figures

Scott Brown’s greatest win did not occur on a cold January election night in 2010 when he came from behind to capture the U.S. Senate seat held by Ted Kennedy for nearly fifty years. It began when he survived a savage beating at the drunken, dirty-fingernail hands of a stepfather when he was barely six years old, while trying to protect his mother.

Read more at Amazon’s page for “Against All Odds”

1 Comment on Scott Brown, Book Signing Tour “Against All Odds”