Join Peter Orner to discuss “Still No Word from You.”

Peter’s essay collection/ memoir, AM I ALONE HERE?: NOTES ON READING TO LIVE AND LIVING TO READ (Catapult, 2016) was a finalist for the National Book Critics Circle Award.

His work has been translated into French, Italian, German, Portuguese, Spanish, Arabic, Turkish, and Japanese. 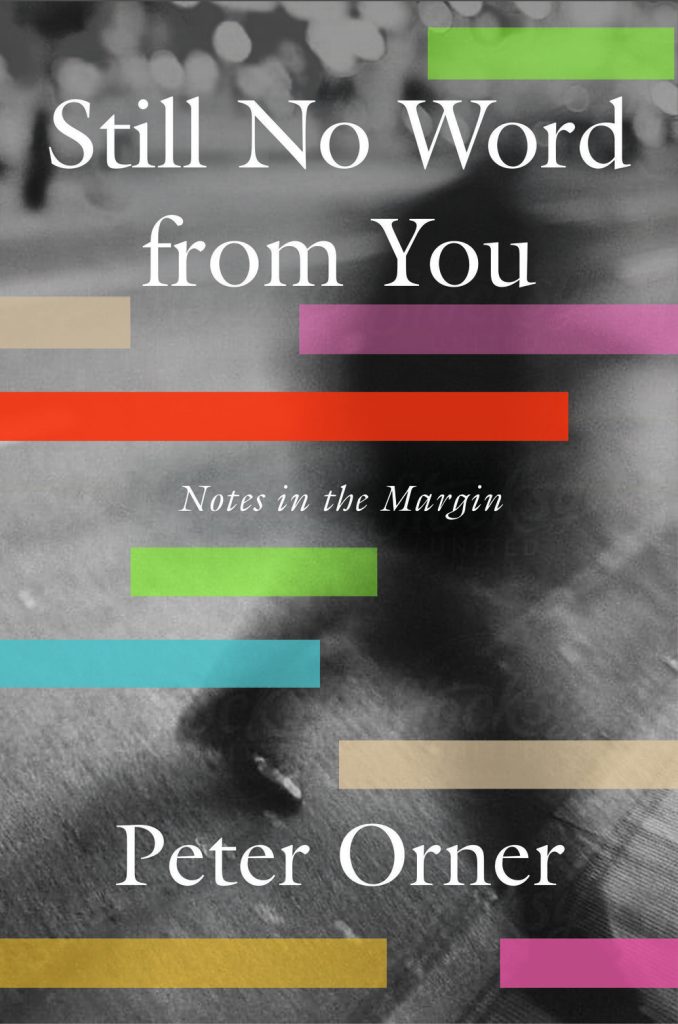 A new collection of pieces on literature and life by the author of Am I Alone Here?, a finalist for the NBCC Award for Criticism

From the acclaimed fiction writer about whom Dwight Garner of the New York Times wrote, “You know from the second you pick him up that he’s the real deal,” comes Still No Word from You, a unique chain of essays and intimate stories that meld the lived life and the reading life. For Orner, there is no separation. Covering such well-known writers as Lorraine Hansberry, Primo Levi, and Marilynne Robinson, as well as other greats like Maeve Brennan and James Alan McPherson, Orner’s highly personal take on literature alternates with his own true stories of loss and love, hope and despair. In his mother’s copy of A Coney Island of the Mind, he’s stopped short by a single word in the margin, “YES!”—which leads him to conjure his mother at twenty-three. He stops reading Penelope Fitzgerald’s The Beginning of Spring three quarters of the way through because he knows that finishing the novel will leave him bereft. Orner’s solution is to start again from the beginning to slow the inevitable heartache.

Still No Word from You is a book for anyone for whom reading is as essential as breathing.