Megan Reyes lives in Northern California with her husband, four sons, two dogs, and an ever-growing collection of dragon figurines. When she’s not writing, she’s probably drawing, painting, going on walks, or getting lost in a new book. Heroes of Havensong: Dragonboy is her first novel. 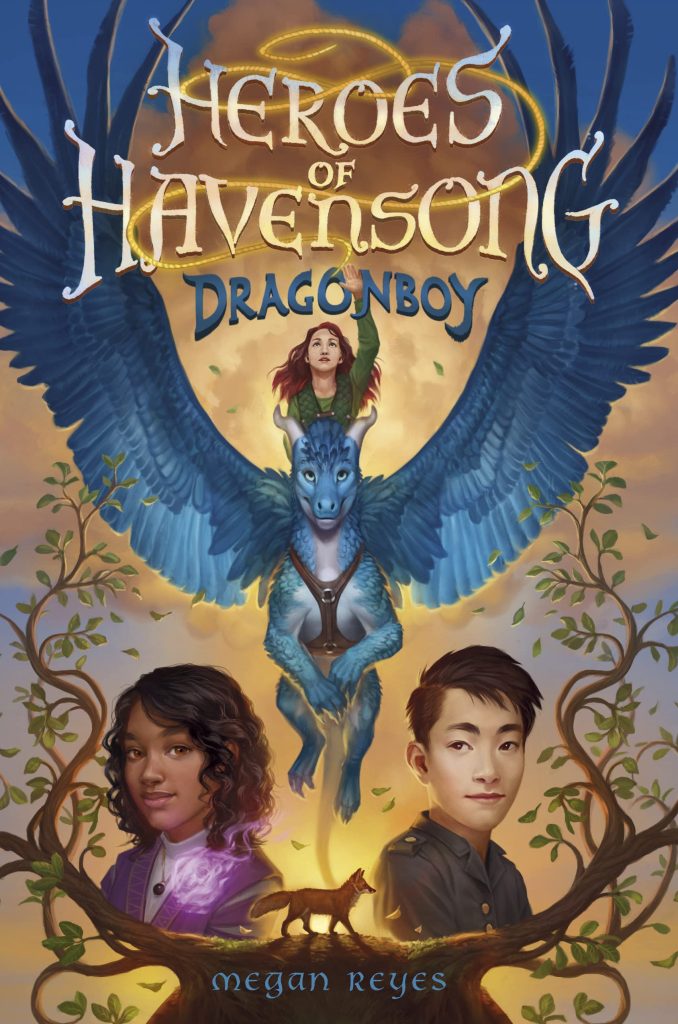 This timeless fantasy debut follows four unlikely heroes—a boy-turned-dragon, his reluctant dragon rider, a runaway witch, and a young soldier—bound by the Fates to save their world, and magic itself, from being destroyed.

Blue, River, Wren, and Shenli grew up on different sides of a war they didn’t start. Their land has been torn apart over centuries of conflict, with humans taught to fear all things magical, dragons driven to near extinction, and magic under attack. But an ancient prophecy has put the four them on a collision course with destiny—and with each other—in a mission to heal the fractured realm once known as Haven.

All of them must follow the threads of Fate, leaving behind the lives and homes they know to discover the truth about the seemingly endless war—and the truth about themselves. As the barriers between them begin to crumble, can they unravel the lies they’ve been taught to believe in order to restore the balance between humans, dragons, and magic before it’s too late?

“A powerful cast of characters in an epic tale of dragons and magic.” —Lisa McMann, New York Times bestselling author of The Unwanteds and Map of Flames