Maiya Ibrahim is the debut author of the SPICE ROAD trilogy. Born and raised in Sydney, she has been writing stories since she learned how to boot up a PC and open her notepad. When not writing, Maiya can be found indulging in Lebanese food with her family, playing Skyrim, watching Game of Thrones, or swimming with friends at one of Australia’s many spectacular beaches. Visit her on Twitter at @Maiya_Ibrahim and on Instagram at @Maiya.Ibrahim. 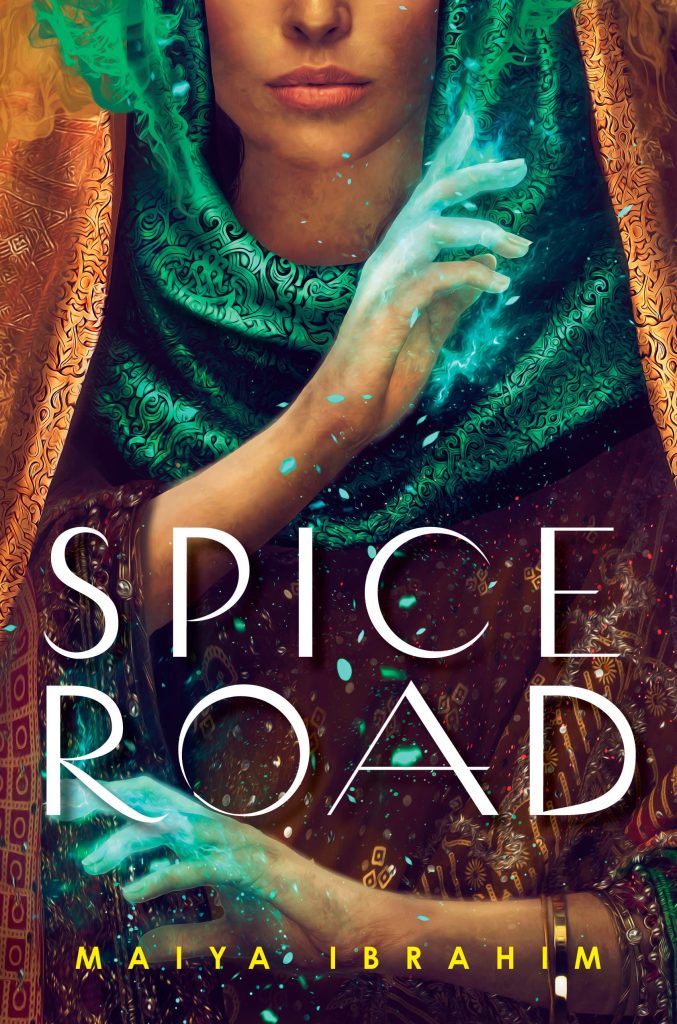 The first book in an epic fantasy series set in an Arabian-inspired land with secret spice magic. Raised to protect her nation from the monsters lurking in the sands, sixteen-year-old Imani must fight to find her brother, whose betrayal is now the country’s greatest threat.

In the hidden desert city of Qalia, there is secret spice magic that awakens the affinities of those who drink the misra tea. Sixteen-year-old Imani has the affinity for iron and is able to wield a dagger like no other warrior. She has garnered the reputation as being the next great Shield for battling djinn, ghouls, and other monsters spreading across the sands.

Her reputation has been overshadowed, however, by her brother, who tarnished the family name after it was revealed that he was stealing his nation’s coveted spice—a telltale sign of magical obsession. Soon after that, he disappeared, believed to have died beyond the Forbidden Wastes. Despite her brother’s betrayal, there isn’t a day that goes by when Imani doesn’t grieve him.

But when Imani discovers signs that her brother may be alive and spreading the nation’s magic to outsiders, she makes a deal with the Council that she will find him and bring him back to Qalia, where he will face punishment. Accompanied by other Shields, including Taha, a powerful beastseer who can control the minds of falcons, she sets out on her mission.

Imani will soon find that many secrets lie beyond the Forbidden Wastes—and in her own heart—but will she find her brother?