Join in an evening with Phil Rosenthal, author of “Somebody Feed Phil The Book.”

Phil Rosenthal is the creator and host of the Emmy-nominated Somebody Feed Phil, an unscripted documentary series on Netflix, which combines his love of food and travel with his unique brand of humor. Rosenthal was born in Queens, New York, and raised in Rockland County. After graduating from Hofstra University on Long Island, where he majored in theater, he embarked on a career as an actor, writer, and director. In 1996, Rosenthal created the hit CBS comedy, Everybody Loves Raymond. He was the Showrunner/Executive Producer for all nine years of the show’s very successful run, which ended in 2005. Everybody Loves Raymond was nominated for over seventy Emmy Awards and won fifteen awards, including two for Best Comedy Series in 2003 and 2005. In April 2011, Rosenthal wrote, directed, and starred in his first feature film, Exporting Raymond, the true story about the attempt to turn Everybody Loves Raymond into a Russian sitcom, and it was met with critical acclaim. Rosenthal’s first travel food series, I’ll Have What Phil’s Having, premiered on PBS in 2015 and received two Taste Awards as well as the 2016 James Beard Award for Best Television Program, on Location. Rosenthal lives in Los Angeles with his wife, actress Monica Horan (who played Amy on Everybody Loves Raymond), and their two children. 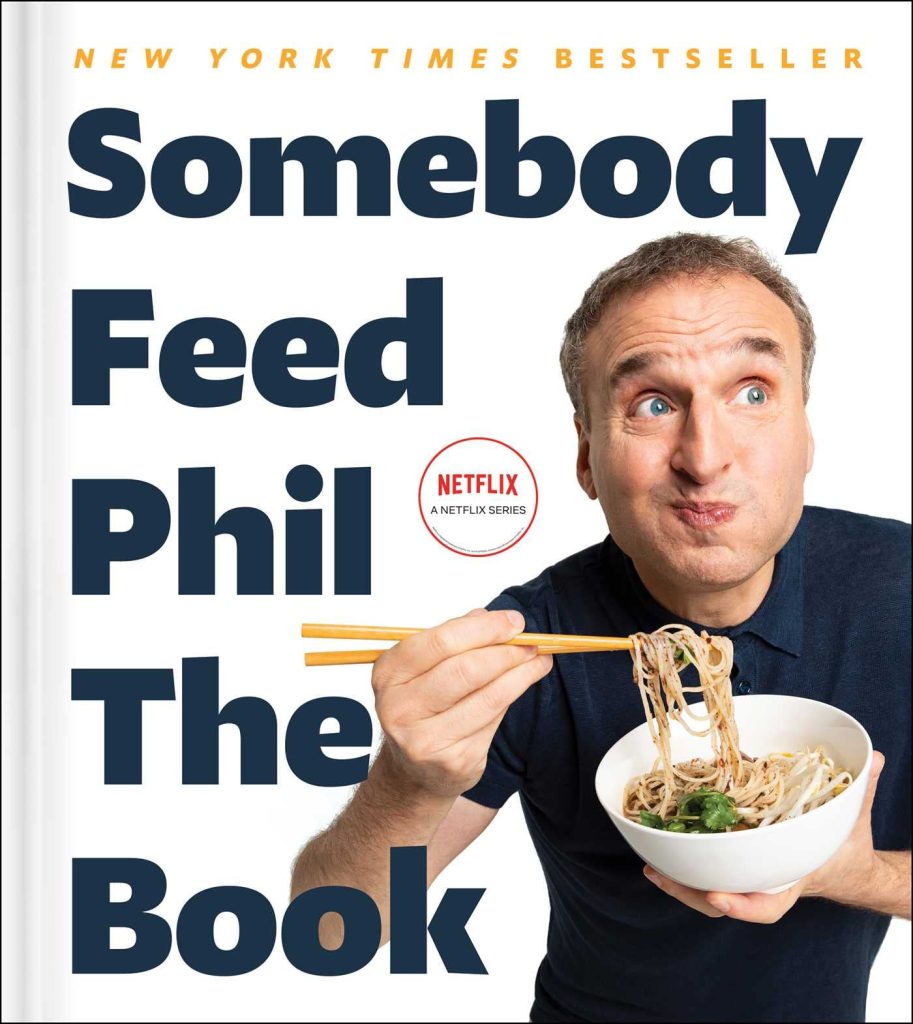 “Wherever I travel, be it a different state, country, or continent, I always call Phil when I need to know where and what to eat. He’s the food guru of the world.” —Ray Romano

The ultimate collection of must-have recipes, stories, and behind-the-scenes photos from the beloved Netflix show Somebody Feed Phil.

Phil Rosenthal, host of the beloved Netflix series Somebody Feed Phil, really loves food and learning about global cultures, and he makes sure to bring that passion to every episode of the show. Whether he’s traveling stateside to foodie-favorite cities such as San Francisco or New Orleans or around the world to locations like Saigon, Tel Aviv, Rio de Janeiro, Mexico City, or Marrakesh, Rosenthal includes a healthy dose of humor to every episode—and now to this book.

In Somebody Feed Phil the Book, Rosenthal presents never-before-heard stories from every episode of the first four seasons of the series, along with more than sixty of viewers’ most requested recipes from acclaimed international chefs and local legends alike (including Rosenthal’?s favorite sandwich finds from San Francisco to Tel Aviv), so you can replicate many of the dishes from the show right at home. There are also “scripts” from some of Rosenthal’s video phone calls from the road with his family making this the ultimate companion guide for avid fans of the show as well as armchair travelers and adventurous at-home chefs.