Ovid (43 BC-AD 17) was born in central Italy. He was sent to Rome where he realised that his talent lay with poetry rather than with politics. His first published work was ‘Amores’, a collection of short love poems. He was expelled in A.D. 8 by Emperor Augustus for an unknown reason and went to Tomis on the Black Sea, where he died.

Stephanie McCarter is Professor of Classical Literature at the University of the South in Sewanee. She has published translated work on Horace and has written for Sewanee Review, Eidolon, Electric Literature and The Millions. 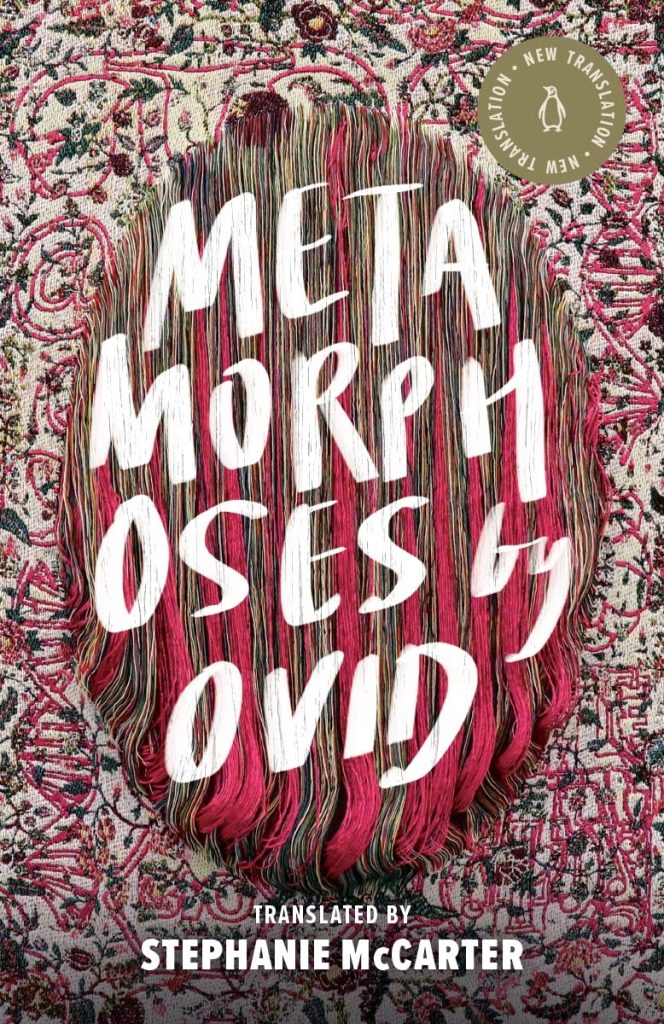 The first female translator of the epic into English in over sixty years, Stephanie McCarter addresses accuracy in translation and its representation of women, gendered dynamics of power, and sexual violence in Ovid’s classic.

Ovid’s Metamorphoses is an epic poem, but one that upturns almost every convention. There is no main hero, no central conflict, and no sustained objective. What it is about (power, defiance, art, love, abuse, grief, rape, war, beauty, and so on) is as changeable as the beings that inhabit its pages. The sustained thread is power and how it transforms us, both those of us who have it and those of us who do not. For those who are brutalized and traumatized, transformation is often the outward manifestation of their trauma. A beautiful virgin is caught in the gaze of someone more powerful who rapes or tries to rape them, and they ultimately are turned into a tree or a lake or a stone or a bird. The victim’s objectification is clear: They are first a visual object, then a sexual object, and finally simply an object. Around 50 of the epic’s tales involve rape or attempted rape of women. Past translations have obscured or mitigated Ovid’s language so that rape appears to be consensual sex. Through her translation, McCarter considers the responsibility of handling sexual and social dynamics.

Then why continue to read Ovid? McCarter proposes Ovid should be read because he gives us stories through which we can better explore ourselves and our world, and he illuminates problems that humans have been grappling with for millennia. Careful translation of rape and the body allows readers to see Ovid’s nuances clearly and to better appreciate how ideas about sexuality, beauty, and gender are constructed over time. This is especially important since so many of our own ideas about these phenomena are themselves undergoing rapid metamorphosis, and Ovid can help us see and understand this progression. The Metamorphoses holds up a kaleidoscopic lens to the modern world, one that offers us the opportunity to reflect on contemporary discussions about gender, sexuality, race, violence, art, and identity.