Join Jody Williams and Rita Sodi to discuss “Via Carota.”

JODY WILLIAMS is the chef and owner of the much-acclaimed Buvette in the West Village and co-chef/owner with Rita Sodi of Via Carota, an Italian gastroteca the couple opened in 2014, and Commerce Inn, a shaker inspired West Village tavern and cookery opened in 2022. Williams is also the author of Buvette: The Pleasure of Good Food. RITA SODI is chef and owner of the ever-popular I Sodi and co-chef/owner with Jody Williams of Via Carota, the gastroteca that is inspired by her seventeeth-century country house in the hills near Florence, and Commerce Inn. 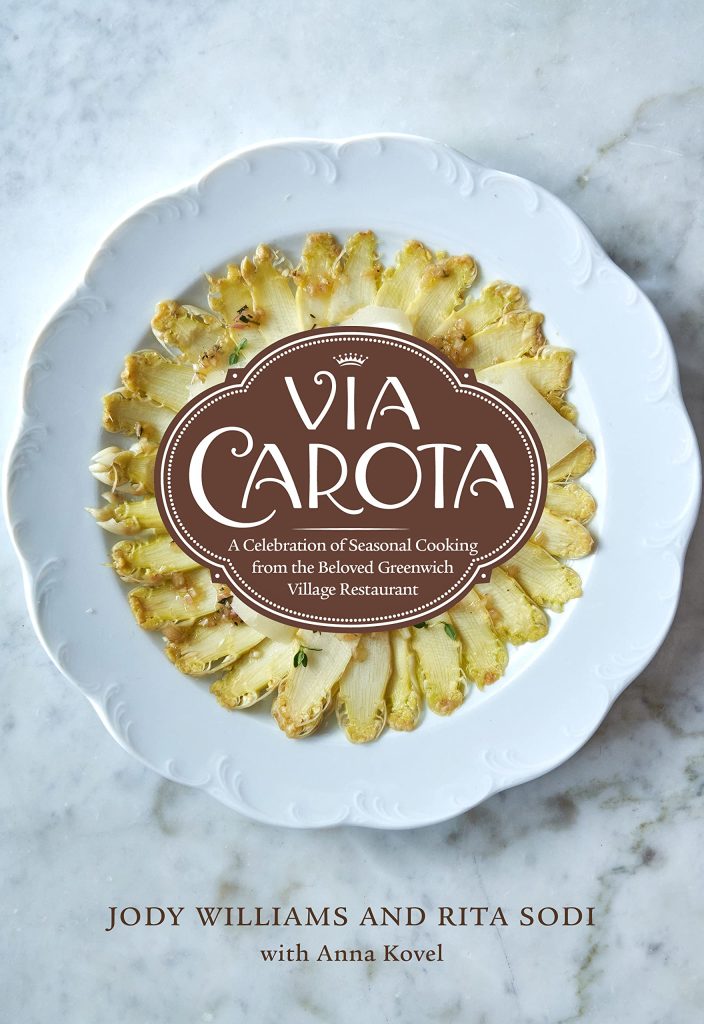 “Via Carota is one of my very favorite restaurants in New York City, and this cookbook perfectly captures its magic: simple, seasonal, organic, local, and profoundly delicious, these are recipes that I want to eat all the time.” —Alice Waters

James Beard Award-winning chefs Jody Williams and Rita Sodi share the secrets of their beloved restaurant, which has become synonymous with New York City’s Greenwich Village. Since 2014, Via Carota has been a destination for food lovers, celebrities, and well-informed travelers because of its impeccable Italian fare. Emphasizing vegetables and seasonal cooking, the dishes that come out of Williams and Sodi’s kitchen are astonishing in their simplicity yet dazzling in their elegance. Now, with this beautiful, deeply personal cookbook, they share the keys to cooking Via Carota’s traditional (but not too traditional) cuisine at home.

Here are more than 140 recipes, including:

Here, too, is the restaurant’s signature Insalata Verde—that celebrate the bounty of every time of the year, highlighting the very best uses for the most delicious seasonal produce, from spring peas to summer squashes, autumnal legumes to winter citrus.