Natasha Leggero is an accomplished actress, writer, and stand-up comedian who has garnered attention across film, television, and the web. She created, wrote, produced, and starred in the Comedy Central sitcom, Another Period, a period piece and spoof on modern day reality shows. Her Netflix special, The Honeymoon Stand Up Special, aired in 2018. She currently resides in Los Angeles. Follow her on Twitter @NatashaLeggero. 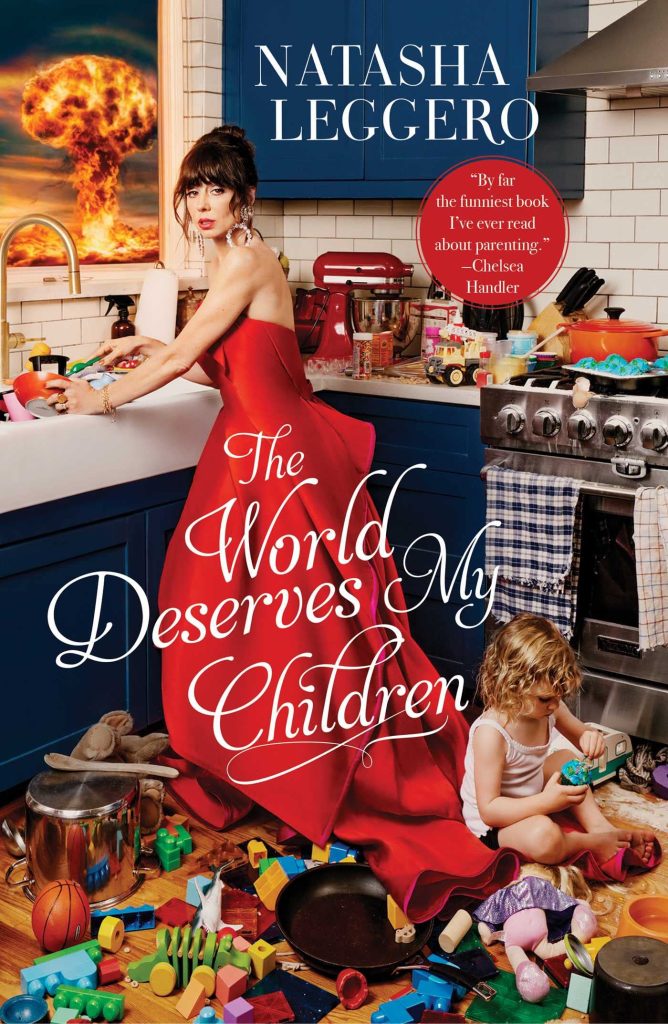 A laugh-out-loud funny collection of insightful and razor-sharp essays on motherhood in our post-apocalyptic world from comedian Natasha Leggero.

When Natasha Leggero got pregnant at forty-two after embarking on the grueling IVF process, she was over the moon. But once her feelings of bliss dissipated, she couldn’t help but shake the lingering question: Am I doing this right? And then, Should I be doing this if the world is about to end?

In The World Deserves My Children, Natasha explores themes like “geriatric” motherhood, parenting in an environmental panic, fear and love, discipline (and conflicting schools of thought on how not to raise a brat), and more. Ultimately, Natasha determines that motherhood is worth it. After all, where do you think the next five generations of humans will be if the only people who are having kids don’t believe in science? The world deserves my children.