Joshua Cohen was born in 1980 in Atlantic City. His books include the novels Moving Kings, Book of Numbers, Witz, A Heaven of Others, and Cadenza for the Schneidermann Violin Concerto; the short-fiction collection Four New Messages, and the nonfiction collection Attention: Dispatches from a Land of Distraction. Cohen was awarded Israel’s 2013 Matanel Prize for Jewish Writers, and in 2017 was named one of Granta’s Best Young American Novelists. He lives in New York City. 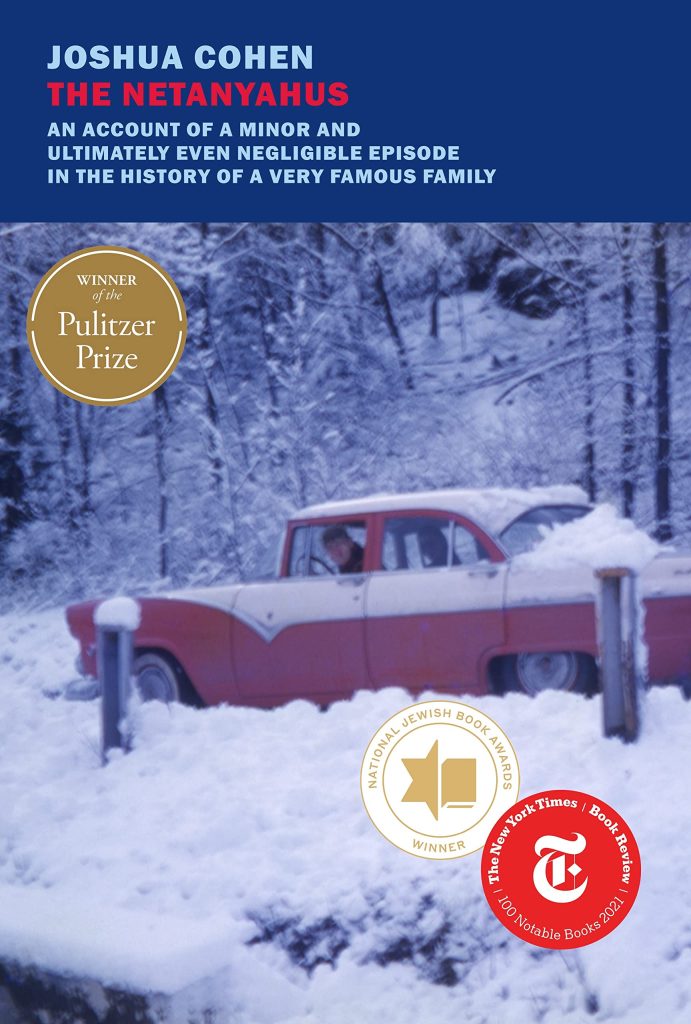 WINNER OF THE 2022 PULITZER PRIZE FOR FICTION

A KIRKUS BEST FICTION BOOK OF 2021

“Absorbing, delightful, hilarious, breathtaking and the best and most relevant novel I’ve read in what feels like forever.”  —Taffy Brodesser-Akner, The New York Times Book Review

Corbin College, not quite upstate New York, winter 1959–1960: Ruben Blum, a Jewish historian—but not an historian of the Jews—is co-opted onto a hiring committee to review the application of an exiled Israeli scholar specializing in the Spanish Inquisition. When Benzion Netanyahu shows up for an interview, family unexpectedly in tow, Blum plays the reluctant host to guests who proceed to lay waste to his American complacencies. Mixing fiction with nonfiction, the campus novel with the lecture, The Netanyahus is a wildly inventive, genre-bending comedy of blending, identity, and politics that finds Joshua Cohen at the height of his powers.