Join in a virtual event with Isabel Cañas to discuss “The Hacienda.”

Isabel Cañas is a Mexican-American speculative fiction writer. After having lived in Mexico, Scotland, Egypt, and Turkey, among other places, she has settled (for now) in New York City. She holds a doctorate in Near Eastern Languages and Civilizations and writes fiction inspired by her research and her heritage. 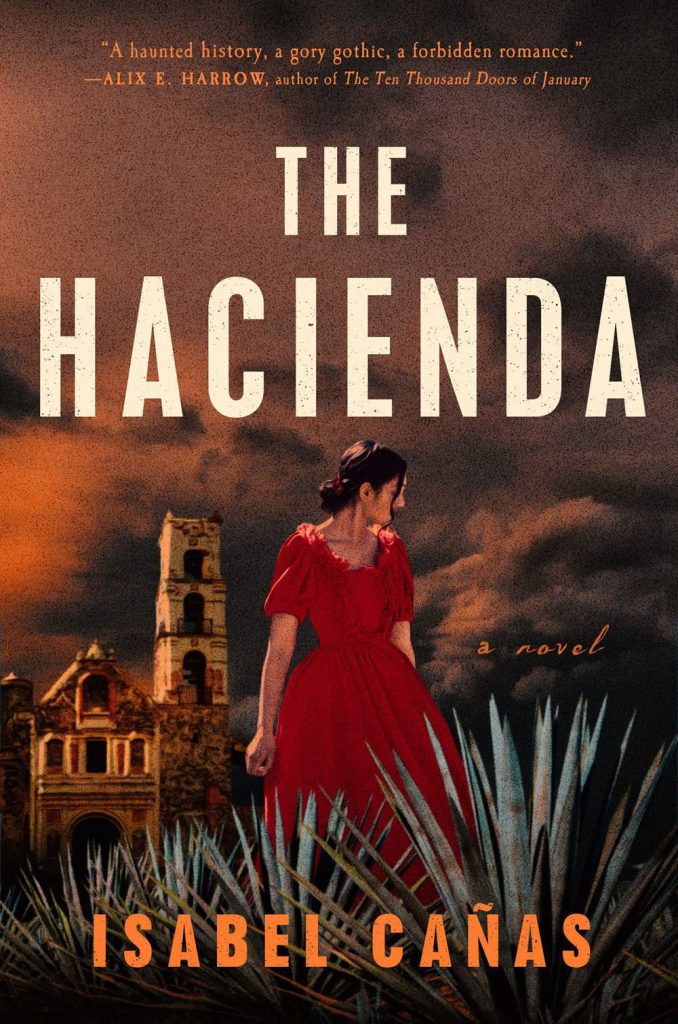 Mexican Gothic meets Rebecca in this debut supernatural suspense novel, set in the aftermath of the Mexican War of Independence, about a remote house, a sinister haunting, and the woman pulled into their clutches…

During the overthrow of the Mexican government, Beatriz’s father was executed and her home destroyed. When handsome Don Rodolfo Solórzano proposes, Beatriz ignores the rumors surrounding his first wife’s sudden demise, choosing instead to seize the security that his estate in the countryside provides. She will have her own home again, no matter the cost.

But Hacienda San Isidro is not the sanctuary she imagined.

When Rodolfo returns to work in the capital, visions and voices invade Beatriz’s sleep. The weight of invisible eyes follows her every move. Rodolfo’s sister, Juana, scoffs at Beatriz’s fears—but why does she refuse to enter the house at night? Why does the cook burn copal incense at the edge of the kitchen and mark the doorway with strange symbols? What really happened to the first Doña Solórzano?

Beatriz only knows two things for certain: Something is wrong with the hacienda. And no one there will save her.

Desperate for help, she clings to the young priest, Padre Andrés, as an ally. No ordinary priest, Andrés will have to rely on his skills as a witch to fight off the malevolent presence haunting the hacienda and protect the woman for whom he feels a powerful, forbidden attraction. But even he might not be enough to battle the darkness.

Far from a refuge, San Isidro may be Beatriz’s doom.