Author Scott Blackburn will discuss “It Dies with You.”

Scott Blackburn is an English instructor and a 2017 graduate of the Mountainview MFA program. He lives in High Point, North Carolina with his wife and two children. When he is not writing and teaching, Scott enjoys training in combat sports such as boxing, Muay Thai, and Ju-jitsu, in which he holds a black belt. 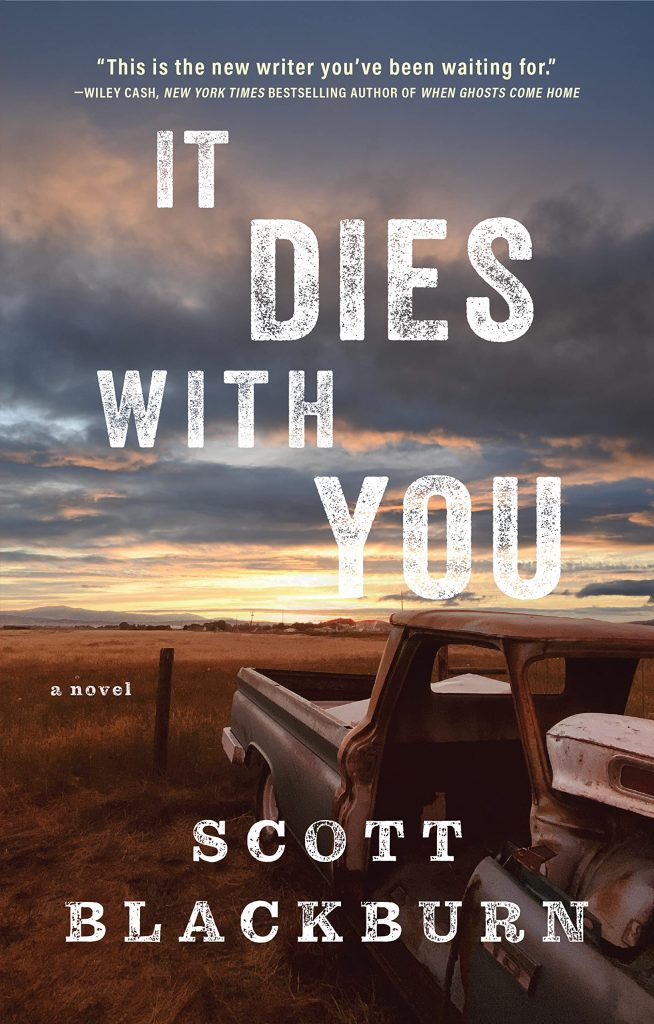 For nearly a decade, twenty-nine-year-old Hudson Miller has made his living in the boxing ring, but a post-fight brawl threatens to derail his career. Desperate for money, Hudson takes a gig as a bouncer at a dive bar. That’s when life delivers him another hook to the jaw: his estranged father, Leland, has been murdered in what appears to be a robbery-gone-bad at his salvage yard, Miller’s Pull-a-Part.

Soon after his father’s funeral, Hudson learns he’s inherited the salvage yard, and he returns to his Bible-belt hometown of Flint Creek, North Carolina, to run the business. But the business is far more than junk cars and scrap metal. It was the site of an illegal gun-running ring. And the secrets don’t end there; a grisly discovery is made at the yard that thrusts Hudson into the fight of his life.

Reeling for answers, Hudson joins forces with his father’s former employee, 71-year-old, beer-guzzling Vietnam vet Charlie Shoaf, and a feisty teenage girl, Lucy Reyes, who’s fiercely seeking justice for her own family tragedy. With a murderer on the loose and no answers from the local cops, the trio of outcasts launch an investigation. The shocking truth they uncover will shake Flint Creek to its very core.