MIKE BOLDT is the New York Times bestselling illustrator of Just Try One Bite by Adam Mansbach and Camila Alves McConaughey. His numerous picture books include I Don’t Want to Be a Frog, Don’t Eat Bees, Bad Dog, and Find Fergus. When he’s not drawing, he’s building snow forts and Lego spaceships with his three kids at his home in rural Alberta, Canada, or sharing laughs and his ice cream with his wife. Follow Mike on Twitter at @MikeBoldt and on Instagram at @thatmikeboldt, and learn more about Mike at mikeboldt.ca. 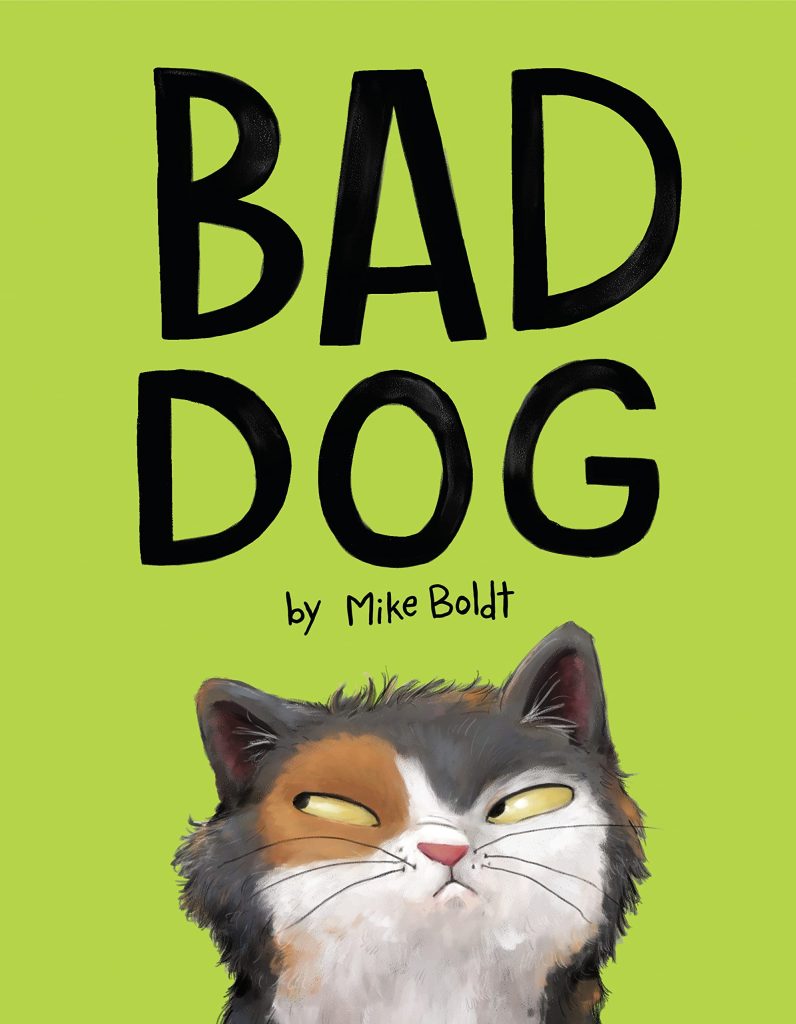 The differences between cats and dogs have never been funnier! In this hilarious new story from the illustrator of I Don’t Want to Be a Frog, a little girl really, really wants a dog . . . but gets a cat instead!

Cat lovers and dog lovers alike will howl with laughter at this little girl’s willful insistence that her cat is a dog. The hilarious ways in which cats and dogs are different are brilliantly illuminated with each turn of the page and will leave young readers and their grown-ups giggling.