Join in for a light brunch with author Patti Callahan Henry and captivating conversation as she shares her journey back in history and what she learned along the way while writing her New York Times best seller – “Surviving Savannah.”

Patti Callahan is a New York Times bestselling author and is the recipient of the Harper Lee Award for Distinguished Writer of the Year. She is a frequent speaker at luncheons, book clubs, and women’s groups. 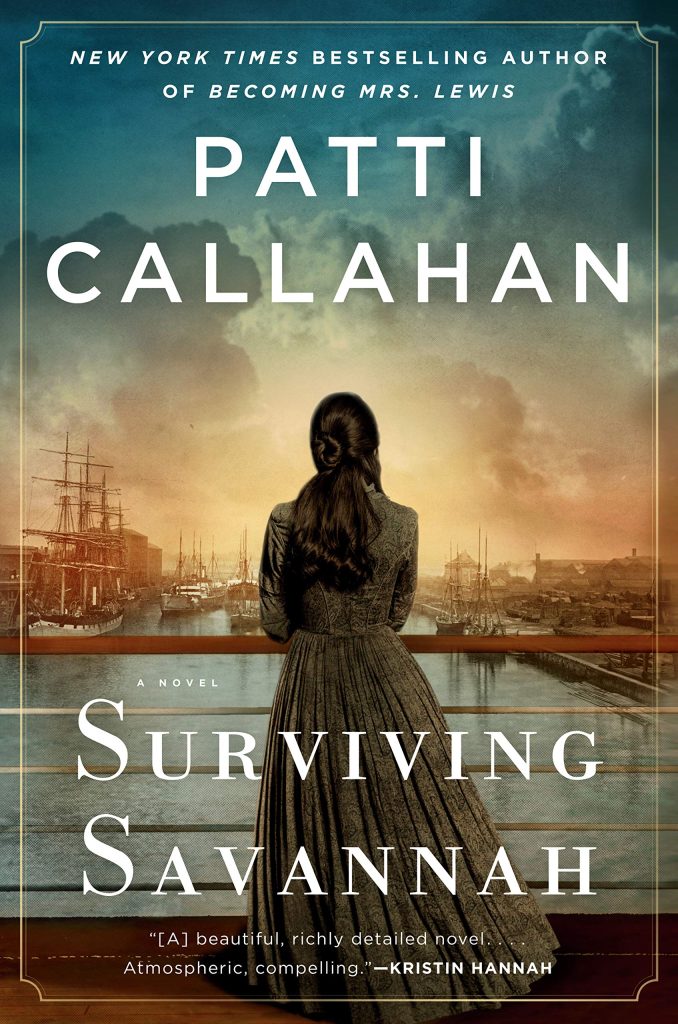 “An atmospheric, compelling story of survival, tragedy, the enduring power of myth and memory, and the moments that change one’s life.”
–Kristin Hannah, #1 New York Times bestselling author of The Four Winds

“[An] enthralling and emotional tale…A story about strength and fate.”–Woman’s World

“An epic novel that explores the metal of human spirit in crisis. It is an expertly told, fascinating story that runs fathoms deep on multiple levels.”—New York Journal of Books

It was called “The Titanic of the South.” The luxury steamship sank in 1838 with Savannah’s elite on board; through time, their fates were forgotten–until the wreck was found, and now their story is finally being told in this breathtaking novel from the New York Times bestselling author of Becoming Mrs. Lewis.

When Savannah history professor Everly Winthrop is asked to guest-curate a new museum collection focusing on artifacts recovered from the steamship Pulaski, she’s shocked. The ship sank after a boiler explosion in 1838, and the wreckage was just discovered, 180 years later. Everly can’t resist the opportunity to try to solve some of the mysteries and myths surrounding the devastating night of its sinking.

Everly’s research leads her to the astounding history of a family of eleven who boarded the Pulaski together, and the extraordinary stories of two women from this family: a known survivor, Augusta Longstreet, and her niece, Lilly Forsyth, who was never found, along with her child. These aristocratic women were part of Savannah’s society, but when the ship exploded, each was faced with difficult and heartbreaking decisions. This is a moving and powerful exploration of what women will do to endure in the face of tragedy, the role fate plays, and the myriad ways we survive the surviving.