Craig Johnson will sign copies of “Hell and Back.”

Craig Johnson is the New York Times bestselling author of the Longmire mysteries, the basis for the hit Netflix original series Longmire. He is the recipient of the Western Writers of America Spur Award for fiction, the Mountains and Plains Booksellers Award for fiction, the Nouvel Observateur Prix du Roman Noir, and the Prix SNCF du Polar. His novella Spirit of Steamboat was the first One Book Wyoming selection. He lives in Ucross, Wyoming, population 26. 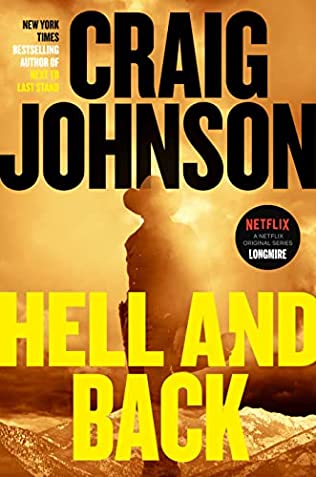 Picking up where Daughter of the Morning Star left off, the next Longmire novel finds the sheriff digging further into the mysteries of the wandering without—a mythical all-knowing spiritual being that devours souls.

Walt thinks he might find the answers he’s looking for among the ruins of an old Native American boarding school—an institution designed to strip Native children of their heritage. He has been haunted by the image of the Fort Pratt Industrial Indian Training School ever since he first saw a faded postcard picturing a hundred boys in uniform, in front of a large, ominous building—a postcard that was given to him by Jimmy Lane, the father of Jeanie One Moon.

After Walt’s initial investigation into Jeanie’s disappearance yielded no satisfying conclusions, Walt has to confront the fact that he may be dealing with an adversary unlike any he has ever faced before.