Hannah Sward’s work has appeared in numerous literary journals such as Yemassee (University of South Carolina), Halcoyne (Black Mountain Press), Red Wheelbarrow, Porter Gulch Review, Other Voices (Canada), Anthology of The Mad Ones, Milk, Alimentum, Anthology of Women Writers, Hypertext, Pig Iron Malt, Pindeldboz, Nerve Cowboy, Afternoon, Wimpole Street Writers, and Word Riot.  She has been a regular contributor at Erotic Review since 2015 and was Editor and Columnist at Third Street Villager Los Angeles and a contributor at The Fix and Your Tango. Hannah is on theboard at Right To Write Press, a nonprofit that supports emerging writers who are incarcerated. She lives in Los Angeles. 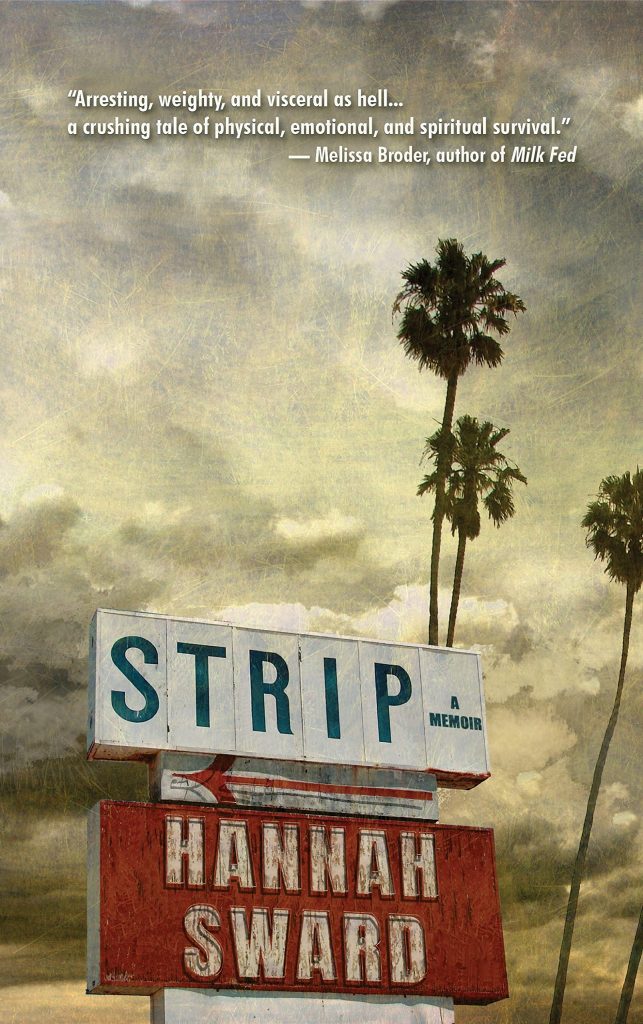 Born in the bohemian seventies, Hannah Sward was abandoned by her mother, and lived with her poet father on an island with no stores or cars. Kidnapped and molested by a stranger at age six, she grew up to be a stripper and a prostitute with a taste for crystal meth—which seemed to be a sure-fire way to lose weight —with stops along the way for silent gurus, sugar daddies, and drinking in the CVS bathroom before therapy sessions. Painstakingly honest, often humorous, Strip is a heartfelt memoir revealing a woman’s journey from innocence to a dark existence, and beyond it to a world of empowerment.